The City of Miami Regional Center

This regional center was approved on May 19, 2014. The details would be updated soon on eb5info.com based on data availability

(Miami, FL May 19, 2014) - The City of Miami has received approval for designation as an EB-5 Regional Center for Foreign Investment under the U.S. Citizen and Immigration Services immigrant investment visa program. The City of Miami Regional Center will be one of the few government-owned and managed regional centers in the United States. By utilizing the EB-5 investment program, the City expects to increase foreign investment in Miami, which will translate into the creation of thousands of new jobs and economic growth for both the City and the entire South Florida region.

"We are excited and deeply grateful to USCIS for their tremendous vote of confidence on behalf of the City of Miami," stated Mayor Tomas Regalado. " Our EB-5 Regional Center is a visionary step we took with great care and due diligence to ensure the creation of thousands of jobs and a massive engine for true economic development. This is also a key step in expanding our administration's goal to position the City of Miami as the economic revitalization hub for all of South Florida and the gateway to the Americas, Europe and Asia."

The City of Miami Regional Center was approved by the USCIS in a streamlined fashion without any requests for additional evidence from the government.

"This accomplishment, in and of itself, speaks to the City's creativity, focus, and clarity of purpose, as well as to our commitment to create a model that is accountable, transparent, and inclusive," said Miami attorney Mikki Canton, the architect and managing director of the City of Miami's EB-5 Regional Center and chief advisor and global affairs counsel to the Mayor of Miami. "We hope that the City of Miami EB-5 Regional Center will serve as a model for other visionary governments who wish to establish their wholly government owned, managed and operated regional centers." 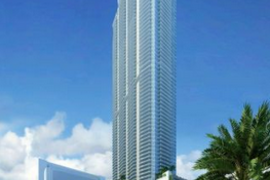