America’s EB-5 investor visa program that gives permanent US residency to foreigners who invest at least $500,000 is set to expire on September 30, with no clear path for the program’s renewal after proposed reform measures stalled in the US congress last week. 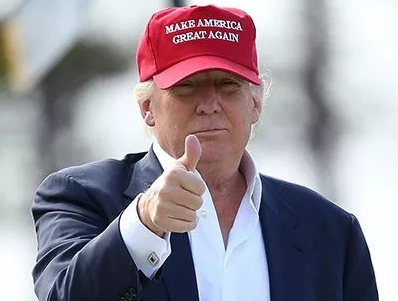 While originally devised to create jobs and economically depressed areas, the 26 year-old program has lately helped fund the Trump Bay Street, a luxury condo project in Jersey City being built by Donald Trump’s son-in-law and bearing the name of the US presidential candidate and immigration opponent. And Trump is not alone in their interest in the program, as EB-5 has become a major source of cheap financing for developers in Manhattan and other areas of the country.

Limited to 10,000 immigrant visas annually, the EB-5 program has been dominated by Chinese investors recently, with mainland citizens accounting for 85 percent of EB-5 visa applications in 2013, according to official figures. The program reached its 10,000 visa capacity for the first time in 2014.

While the EB-5 program was intended to provide a path to residency for investors who create jobs in the US, the visas for cash arrangement has also spawned some noteworthy cases of fraud, as well as accusations that the funds invested are flowing into areas with already healthy economies.

After attempts at reform last year resulted in a one-year renewal of the program, lawmakers once again have been unable to agree on ways to reduce fraud and better direct the programs benefits to depressed areas.

“We’ve got a strong bipartisan coalition, both in the House and the Senate,” Vermont Senator Patrick Leahy was quoted as saying of a bill for renewing EB-5 in a reformed incarnation. “We’ve made it very clear we will not vote to continue unless it’s in there.”

Leahy, who also led reform efforts last year, is again teaming with Iowa senator Charles Grassley. Last year’s compromise on a one year renewal came after a reform proposal from Leahy and Grassley failed to overcome the opposition of representatives of urban districts who have thus far been the major beneficiaries of EB-5.

The Wall Street Journal reported that should this year’s reform efforts fail again, EB-5 could again received a short-term reprieve.  This year’s bill proposes reserving 4,000 of the 10,000 EB-5 visas awarded annually for projects in rural and low-income census areas. Last year the duo sponsored a bill that would increase minimum investment levels required to receive a green card as well as end gerrymandering of locations to allow them to qualify as “troubled employment areas” but no action has been taken on the legislation as of yet.

Regardless of whether reforms succeeds, EB-5 is already seeing a decline in applications this year, after reaching a record number of applications during the federal fiscal year that ended last September. According to the Journal, investor applications in the first nine months of the current fiscal year stand at 8,638.

Nicholas Mastroianni II, chief executive of the U.S. Immigration Fund, told the WSJ, a slowdown in the Chinese economy and a government crackdown on moving money out of the country have seen demand in the program lessen this year.

The program, which saw a flood of Chinese applicants during China’s housing downturn of 2014 and early 2015, has also had to compete this year with the returns being offered to investors in mainland real estate. After stalling out in 2014 and early 2015, housing prices in Shanghai have now risen 31 percent in the last year, and homes in Shenzhen have shot up by more than 40 percent.

Trump has good company among major US developers who have used EB-5 as a form of cheap financing for their skyscrapers. Silverstein Properties, headed by billionaire developer Larry Silverstein, admitted to using the scheme to help raise $500 million for its 2 World Trade. 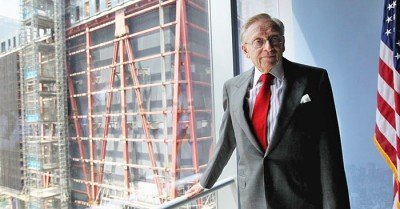 The deal was seen as a win-win proposition for those involved. The developer was able to secure low cost financing for its project while Chinese investors were awarded green cards for their troubles. However, critics of EB-5 claim these developers are side-stepping the aim of the program which was to create jobs where they are needed in the US are instead pulling the capital to high-income areas.

The $20 billion Hudson Yards project and Witkoff-developed 111 Murray Street, a residential project featuring $17.5 million penthouses, are other notable Manhattan projects to have secured funding via the EB-5 program.