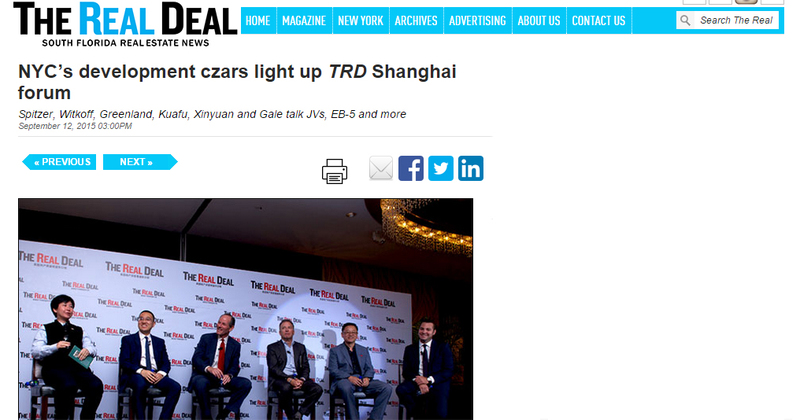 “Chinese people, for some reason, believe that American people are more honest than themselves,” Dai said, while “Americans think that Chinese people are complicated.” It was important, he said, to get past small cultural differences such as the way Chinese hand out business cards (with two hands) and understand that “Chinese investors have become more sophisticated than you think.”

Spitzer, who is behind large development projects in Hudson Yards and Williamsburg, said that an “alignment of investment interests” was the most crucial element of a successful partnership. “If someone comes in with a five-year exit plan, but another investor comes in with a 20-year plan, you’re going to have a problem,” he said.

To Witkoff, it’s important that his Chinese partners are active investors.

“We actually say to our partners: ‘We hope you put someone in New York or at least in the U.S.,” he said.

Chang, whose firm Greenland owns a majority stake in the Pacific Park megaproject in Brooklyn, said the “whole purpose of a joint venture is to learn from each other.” She said her firm had a squad of 20 working locally in New York on the project, even six months before the deal to buy the stake from Forest City Ratner closed. 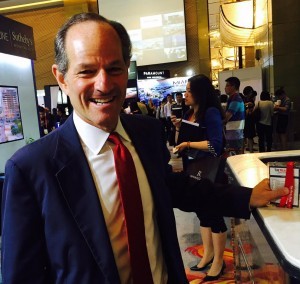 “Frankly, there are some banks I don’t walk into because I used to prosecute them.” -Eliot Spitzer

The panel, moderated by TRD publisher Amir Korangy, also discussed the challenges of financing megaprojects. Xinyuan’s Liang said he had a tough time raising cash during the firm’s early days in the New York market.

“We were not treated fairly,” he said. Partners were looking for a large equity stake, for example, while only contributing a fraction of the capital. Today, Xinyuan is the only publicly-traded Chinese real estate developer listed on the New York Stock Exchange, and private equity giant TPG is a major shareholder. Its New York projects include the Oosten condominium, which recently broke a Williamsburg price record when a penthouse sold for more than $6 million.

Spitzer, whose family’s long track record in real estate gives him an edge when raising money for his projects, said that he didn’t want “anyone to be under the impression that I can walk into a bank and walk out with $500 million.”

“Frankly,” he quipped, “there are some banks I don’t walk into because I used to prosecute them,” a reference to his time as New York Attorney General, when he was known as the “sheriff of Wall Street.”

This being China, the EB-5 visa program is a huge topic of discussion, with several panelists touting their success in tapping into the wildly popular investment vehicle. Witkoff, whose firm has raised over $700 million through the program, said the chances of getting EB-5 financing were high if a developer has a good track record, can deliver the project within the promised timeframe, and can secure a construction loan.

He dismissed talk of abuses of EB-5, calling it “more rumor and gossip than anything else. The regional centers do a really good job of vetting projects,” said the developer, whose current projects include a condominium at 111 Murray Street in Tribeca and a $1.7 billion redevelopment of the Helmsley Park Lane Hotel site.

Liang described EB-5 financing as “icing on the cake.” Dai said while the benefit of EB-5 was low-cost capital, a developer should be prepared for the legwork needed to comply with all of the program’s complex regulations.

As he has in the past, Spitzer took a contrarian approach. Though he understood the benefits of the program, he said that “somehow selling access” to a green card is “contrary to the notion of what our country should be.”