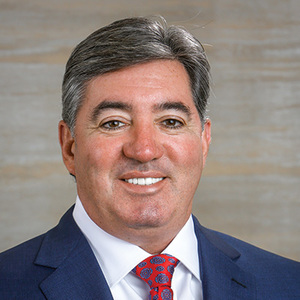 Mr. Mastroianni is the Founder, Chief Executive Officer and Chairman of U.S. Immigration Fund, LLC and its affiliated companies (USIF), including multiple EB-­5 approved regional centers in New York, New Jersey and Florida (and California pending). Under Mr. Mastroianni’s leadership, USIF has grown into one of the largest EB-5 regional centers in the United States.  As of today, USIF is involved in over 20 projects (and growing) totaling over $3 Billion in EB-5 capital for real estate development. Per recent published reports from the United States Citizenship and Immigration Services, USIF significantly outpaces its regional center competitors with respect to EB-5 visa approvals.

Mr. Mastroianni is also the President of Allied Capital and Development of South Florida, LLC, a South Florida-­‐based real estate development company, founded in 2004. He has been recognized for his commitment to excellence in construction by the Association of Builders and Contractors (ABC), and was previously awarded the prestigious Excellence in Construction Award. Allied’s signature development, Harbourside Place, was named Project of the Year at the 2015 Vision Awards Project Winner at Urban Land Institute’s Southeast U.S. and Caribbean Awards ceremony in Miami on August 26, 2015.

USIF has successfully and predictably raised capital for a who’s who of developers including the Witkoff Group, Kushner Companies, the Durst Organization, HFZ Capital Group, KABR, Fisher Brothers, and Forest City Ratner, among others. Similarly, in instances where USIF has provided mezzanine or preferred equity capital, USIF has entered into intercreditor and recognition agreements with a variety of major, respected financial institutions including J.P. Morgan, Wells Fargo and Starwood, among others.