Nassau must be wary about plans for Coliseum 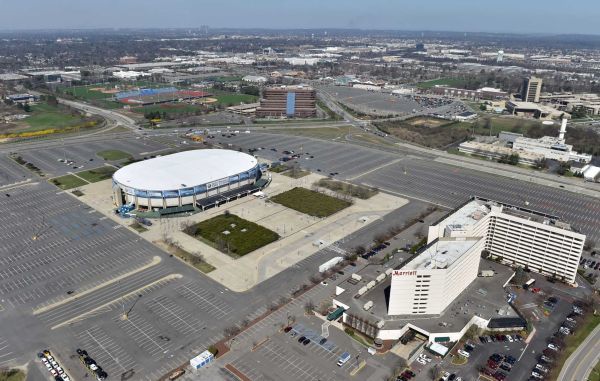 Having watched Bruce Ratner build the Barclays Center in Brooklyn and wrangle the real estate project around it, it's alarming how deferentially many Nassau County officials treat the developer whose team will renovate the Coliseum.

The Barclays Center, however suite-filled and transit-accessible, is hardly the unblemished success that Ratner's team touts. The developer is installing a new green roof partly to tamp down the bass that escapes during certain concerts -- leading the arena to be fined by the city. Barclays' seemingly stellar revenues mask high operating expenses. Forest City Ratner recently reduced profit projections for the arena from $70 million annually to $55 million.

Based on his track record in Brooklyn, Nassau County should be wary.

At a September 2013 Nassau legislative hearing, Ratner claimed to have "done voluntary reporting" on minority contracting "even when not required." Despite such claims of social consciousness, Ratner's firm never hired the independent compliance monitor required by the community benefits agreement it signed regarding Atlantic Yards -- since renamed Pacific Park Brooklyn. That monitor might have pointed out how Ratner's "affordable housing" is far less affordable than promised.

At the hearing, after Minority Leader Kevan Abrahams (D-Freeport) brought up the Greater Uniondale Area Action Coalition, an activist group near the Coliseum, Ratner stated, "I just went to the equivalent of almost a GUAAC in which they gave our company an award" for distributing free tickets to Barclays Center events. But Ratner's statement obscured that the "almost a GUAAC" is the Downtown Brooklyn Neighborhood Alliance, which is financially supported by his company.

The developer seems affable, but former partners portray him as cutthroat. At the hearing, Ratner praised Blumenfeld Development Group of Syosset, which joined in the bid for the Coliseum with Ratner's Nassau Events Center, as "a great group to work with." Now, they're suing each other. According to BDG's suit, Ratner "became enraged" when he concluded it was trying to impose new terms on plans for a Memorial Sloan-Kettering Hospital facility at the Coliseum site. (Ratner's on the hospital board.)

That's not the first time a Ratner business deal ended in rancor; a partnership with Skanska USA over modular construction in Brooklyn has devolved into lawsuits. And The New York Times reported that Ratner "loudly berated" two New York City officials when they wouldn't bend to his requests.

To save money in Brooklyn and now Nassau, Ratner has embraced EB-5 financing, the controversial, federally supervised program in which foreign millionaires, mostly from China, loan $500,000 to a purportedly job-creating project in exchange for green cards. The developers get a below-market loan because the immigrants value visas more than investment returns. At a hearing April 13, Nassau Legis. Delia DeRiggi-Whitton (D-Glen Cove) proposed the company share with the community some of its savings from the $90 million EB-5 loan it expects for the Coliseum project. Forest City, as part of the EB-5 plan, will increase spending on arena renovations by $31.5 million.

After DeRiggi-Whitton asked how much the developer would save compared with conventional financing, Forest City executive Jim Lester declined to specify the EB-5 interest rate, claiming the savings would be 1 to 2 percentage points. But a lawyer for a Manhattan developer told The Wall Street Journal in December that EB-5 loans typically save 7 to 8 percentage points.