EB-5 visas given to foreign investors under fire 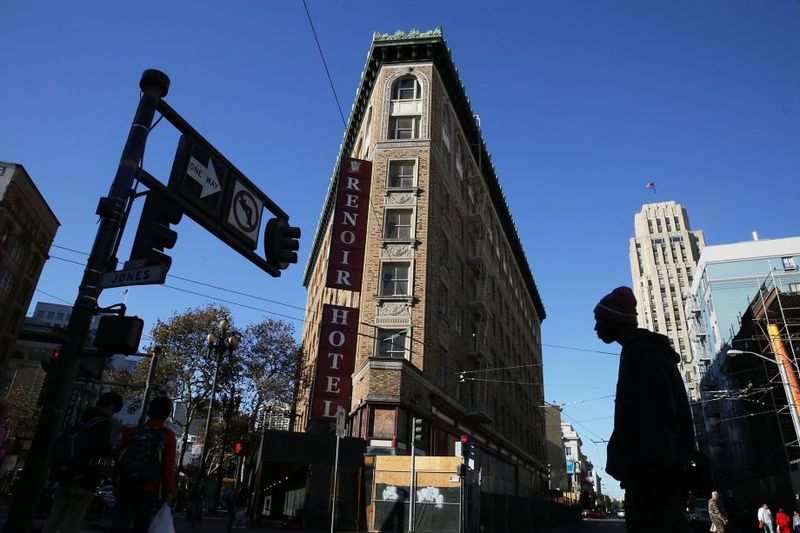 A tiny federal program that grants visas to wealthy foreign investors has generated a major source of cheap money for redevelopment projects in San Francisco, including millions of dollars for the redevelopment of Hunters Point shipyard and Candlestick Point, of Treasure Island and the renovation of an old hotel on Market Street.

The EB-5 visa program grants 10,000 visas annually to foreigners and their families who have invested $1 million into projects in the United States that created at least 10 jobs, or who have invested $500,000 if the money has gone to areas of high unemployment. Because the investments can be pooled, the visas have become wildly popular among real estate developers across the country, especially in resurgent downtown areas.

The visas have also attracted big interest among freshly minted millionaires from such countries as China, South Korea and Russia. They offer one of the few ways for foreigners to petition on their own for U.S. residency and provide an avenue for their children to get into U.S. colleges. The visas make it possible for them to travel more freely and present a hedge against political or financial turmoil back home. The wait for permanent residency is just two years.

The program has been plagued by controversies, despite providing just a tiny share of the estimated 1.9 million foreigners in the country on various work or student visas and the nearly 1 million who gain permanent residency each year. “It’s a small program and makes a lot of noise, in both directions,” said Audrey Singer, an immigration expert at the Brookings Institution, a nonpartisan Washington think tank.

Created in 1990, the visas drew little interest until the last recession, when banks tightened loans to real estate developers. Now their popularity has soared. Visa demand from Chinese citizens is exceeding the U.S. limit for China, and the 10,000 visa quota on the entire program was reached for the first time last year. Congress has routinely renewed a key part of the program, but this year has it on a temporary lifeline until Dec. 11 amid bipartisan calls for reforms.

Investors have been fleeced on some projects. Whistleblowers have raised security concerns over superficial screening of applicants. A former top official at the Department of Homeland Security was investigated for favoritism involving the visas. Some critics question whether the government should be giving valuable residency rights to developers who, in effect, sell them to investors.

In New York, developers of the $20 billion Hudson Yards luxury apartments and office towers were able to classify 26 acres of prime Manhattan real estate as a high unemployment area by attaching it, on paper via the Hudson River, to the Bronx and Harlem, which are miles from the project. Similar gerrymandering in California prompted the state to crack down on the practice three years ago.

As with any visa category, the government does not identify individuals who receive the visas. Singer said the program needs more transparency as to where the money is coming from and where it is going.

In San Francisco, the program has attracted $42 million in foreign investment for the renovation of the old Renoir Hotel on Market Street into a luxury boutique hotel with restaurants. It has brought in nearly $300 million for the $8 billion, 770-acre Hunters Point Shipyard and Candlestick Point project on the defunct naval base and baseball stadium, where more than 10,000 units of housing, plus office space and a mall, will be built by Lennar Urban over the next two decades.

Lennar has also raised about $200 million of EB-5 investment for its Treasure Island redevelopment project, which is expected to create 8,000 homes, including 2,000 affordable units, by the time it’s complete.

The San Francisco local of hotel workers union Unite Here, unable to secure a contract with the Renoir Hotel, has protested the use of EB-5 visas on that project, arguing that its workers will have no path to legal residency, while the investors can buy their green cards.

“For us the hypocrisy here is the fact that the investors who are pouring money into this project are going to be fast-tracked for green cards whereas the workers who will end up working in this hotel, who make the beds and clean the dishes, many of whom will likely be immigrant workers, are stuck with a broken immigration program,” said Anand Singh, president of Unite Here Local 2.

The Renoir developers did not respond to requests for comment. Representatives for Lennar declined to comment, but provided the amount of investment money they’ve received for their projects because of EB-5.

The program does have vocal supporters, including Patrick Hogan, who pioneered its use to redevelop closed military bases in California, including McClellan Air Force Base in Sacramento, at a time when he said no one would touch such properties. President of CMB Regional Centers — the initials standing for closed military base — Hogan bristles at the notion that the program is selling visas, and said a few bad actors have tarnished its reputation.

“There are some inflammatory statements that are just so wrong about this program, and that is probably the one I abhor the most,” he said of the citizenship-for-sale charge.

“We let scientists come in here, and we let ballerinas, hockey players, baseball players,” he said.

The administration wants to admit 10,000 Syrian refugees, Hogan said, “so why not bring someone in that can actually help our country. Why is that wrong?”

During the series of military base closures in the early 1990s, Hogan, said, communities were left with vast derelict properties and crashing job markets. When a base closes, he said, “every building has asbestos in it. Every road has to be rebuilt. There is no modern communication system. There’s no fiber-optics. The sewer systems are so old, and the military threw all the crap down the sewers, so most of them had to be decontaminated. So that’s what we did.”

“There wasn’t a single Amazon employee in the whole state of California until we built two 1 million-square-foot facilities on the former Norton Air Force Base” in San Bernardino County, Hogan said. “Now they employ something like 2,500 people, and I didn’t claim a single one of those jobs.”

Academics who have looked at the program said it needs tightening, but generally do not see anything “implicitly wrong in selling citizenship,” as Muzaffar Chishti, director of the New York office of the Migration Policy Institute, a nonpartisan Washington think tank, put it. “Many countries of the world are much more aggressive about this than we are.”

Rep. Zoe Lofgren, D-San Jose, and Sens. Charles Grassley, R-Iowa, and Patrick Leahy, D-Vt., among others, are proposing reforms to the program. The various bills would raise investment thresholds, increase oversight and restrict the gerrymandering of the defined employment areas so developers cannot artificially link glitzy downtown neighborhoods with blighted areas many miles away.

“I’m not against the program, but I do have issues,” said Lofgren, whose bill also includes creation of a visa category for entrepreneurs and venture capitalists. She agreed with complaints by the hotel workers union that low-wage workers have no path to a visa, but said, “The question is, do we want to cut off a source of job creation because the Republicans wouldn’t allow a vote on comprehensive immigration reform.” Lloyd Lopez of San Francisco cuts his uncle Mac Blake's hair in the morning sun on the sidewalk across the street from the Renoir Hotel on Thursday, October 29, 2015 in San Francisco, Calif.

To get into the $500,000 program, investors must work with regional centers. These are usually private entities authorized by the U.S. Center for Immigration Services to serve as a kind of broker between developers and rich foreigners, and where investments can be pooled. Because the investors’ chief objective is to obtain a green card, they accept unusually low returns on their money, making them a cheap source of financing.

For $1 million, investors have to show that their money has directly created 10 jobs, but there are no restrictions on where they can invest. This part of the program is little used.

The centers have proliferated in recent years, to 745 currently, including 185 in California, according to federal figures. Oakland businessman Tom Henderson, who operates the San Francisco Regional Center, one of eight such centers in the Bay Area, was out of the country and not available for comment, but media reports indicate he has raised more than $100 million from 200 foreign investors, using the money to purchase such properties as the Tribune Tower in Oakland.

While states don’t have a direct role in the program, they do participate in one of its most controversial aspects, which is identifying areas of high unemployment, defined as areas where the jobless rate is 150 percent of the national average. One such area created in Texas stretches from Laredo to Brownsville, a 208-mile stretch along the southwest border that takes in 183 census tracts in five counties. Factor in the average unemployment rate for the entire area, and the lower $500,000 visa requirement is met.

“The way it’s set up right now, developers are able to use the financing pretty much anywhere, and that’s not really the intention of the program,” said Arian Mahmoodi, an analyst at the Cornell Center of Hospitality Research.

“Theoretically, you could have picked half the state” as a high unemployment area before the reform, said Brian Peck, California’s deputy director for International Affairs and Business Development. “The objective of the program is to help create jobs,” he said. By limiting the areas to a reasonable geographical area, EB-5 projects should create jobs where they are needed, he said.

The projects in San Francisco easily meet the definition. While the Mid-Market area of the Renoir Hotel is trendy now, it wasn’t a few years ago. The shipyard at Hunters Point languished for years after the base was decommissioned and the surrounding neighborhood has seen chronic unemployment for decades.

Todd Rufo, San Francisco’s director of Economic and Workforce Development, said the Bayview-Hunters Point neighborhood has high concentrations of people in poverty, and a third of the storefronts along central Market Street were empty four years ago. San Francisco has “areas that are highly challenged right next to areas that are not, and there’s no better example of that than central Market,” he said.

“These are not projects that are happening in places like the Marina,” Rufo said. “It’s actually happening in areas where we really do need investment.”