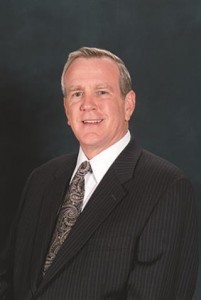 Patrick F. Hogan is the CEO and Managing Member of CMB Regional Centers. Mr. Hogan’s considerable experience in the EB-5 investment field dating back to 1994 establishes him as one of the most experienced practitioners in the EB-5 industry. In fact, Mr. Hogan has been involved in EB-5 before the creation of the very first Regional Center Program. CMB, an acronym for California Military Base or Closed Military Base, was formed in 1997. The original focus of CMB was to assist communities that had been devastated by the loss of tens of thousands of jobs due to the closure of several California military bases.

Mr. Hogan exemplifies a true business entrepreneur. Mr. Hogan attended Illinois State University for three years. In 1978, after 3 years in the U.S. Navy Nuclear Power Program serving aboard the USS Whale a nuclear attack submarine, Mr. Hogan began his career as an entrepreneur operating gas station/car washes that he expanded into a chain of four award-winning Shell Oil service stations. At the same time, he built a “Top 100 in the Nation” chain of video stores, several one-hour photo locations and a successful event photography business. In fact, Billboard Magazine rated his video chain as “The Most Exciting Video Store in the Nation.” These multi-faceted operations won numerous marketing and printing awards for their work and employed over 300 people during the 1990’s.

Mr. Hogan is considered a seasoned expert in the EB-5 industry. He sits on the Board of Directors for the Association to Invest In the USA (IIUSA) and has been an active participant in furthering industry best practices and program reauthorization. Mr. Hogan is a frequent expert panelist on EB-5 issues and has testified about the EB-5 Program and CMB Regional Center’s successes before a State of Ohio subcommittee on Economic Development, as well as providing written testimony at a U.S. Congressional Hearing on the EB-5 industry as a whole.