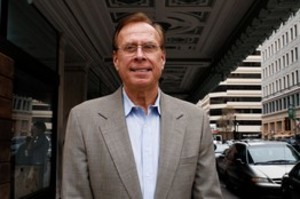 Tom Henderson has a history of successful business ventures. He started Avalon Bay Foods, Inc. (ABF) as an import/export value added seafood company. Tom was President and CEO of ABF. He developed the business by leveraging overseas joint ventures in Korea, Japan, Singapore, Malaysia, Thailand, Indonesia, including export ventures with British Petroleum (BP Nutrition-N.V.). He grew the business to several thousand employees based in the Bay Area and worldwide and then successfully marketed and sold the business to a multi-national strategic buyer.

Tom has vast experience with hands on leveraging partnerships to create value. He has a strong background in real estate, international trade, financial services, imports/exports, retail distribution, sales and marketing. As an entrepreneur, Tom has generated more than $1 billion in business revenues in his career. Tom holds a Bachelor of Science degree in Business Administration from the University of California, Berkeley. Tom served for six years in the U.S. Navy. Tom is a member of the ChinaSF Advisory Board in San Francisco to provide strategic guidance, networks, and connections to ChinaSF.

His primary business (through SFRC) is to help foreign investors secure EB-5 visas to the US. The way the program works is that "in return for successful job creation (10 jobs for every $500,000 invested in a Targeted Employment Area within 2 years), the investor gets a green card for his/her entire family under the age of 21." According to theSF Business Times, Henderson "is building a budding Oakland business empire on $100 million he raised from 200 foreign investors under the federal EB-5 program. The investors’ goal is permanent U.S. residency visas — and they can’t get the coveted card until Henderson sustainably creates 2,000 jobs.

Henderson snaps up another Oakland landmark

Henderson snaps up another Oakland landmark

Building his empire on visa

Building his empire on visa