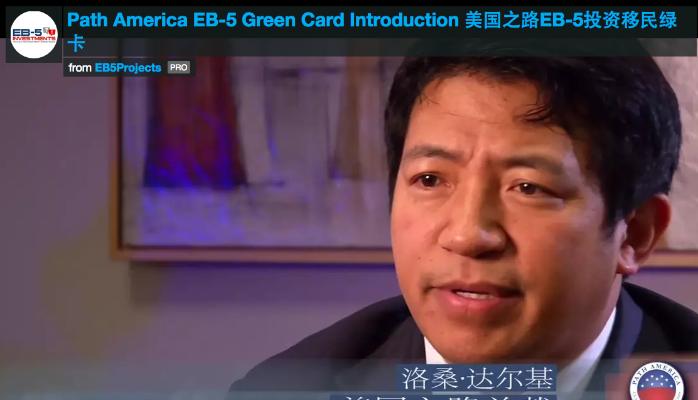 EB-5 Regional Center Path America CEO Lobsang Dargey is being accused by the U.S. Securities and Exchange Commission (SEC) of siphoning off $17.6 million dollars from over $125 million that he raised from Chinese investors.

According to the allegations, millions that he raised from 252 investors were diverted to purchase a $2.5 million dollar home, other real estate investments, and a gambling spree at 14 luxury casinos.  Federal authorities are seeking to force Dargey to forfeit the luxurious home in Bellevue that he purchased with the investors funds, $6.5 million in commercial property as well as reimburse funds spent on personal spending sprees.

According to the Seattle Times:

The former Tibetan Buddhist monk-turned-capitalist heads Everett-based Path America, a federally approved sponsor of EB-5 projects that has real-estate projects in various stages of development in Seattle, Everett, Kirkland and Shoreline. The projects all are branded “Potala” — named after Potala Palace, once the chief residence of the Dalai Lama in Lhasa, Tibet.

The asset freeze was necessary, the SEC said in its complaint, because Dargey recently filed notice of plans to raise another $95 million using the EB-5 program; spent $12,000 of investors’ money in June at casinos; and since September 2013 has transferred more than $3 million to a bank account he controls in Hong Kong. The order also requires any assets Dargey has offshore to be transferred to the court’s custody. Among other things, the temporary restraining order issued Monday requires Dargey to provide a complete accounting of investors’ funds and mandates that he and his firms cease making fraudulent statements to investors.

According to the SEC filing:

3. Using this lure, and the promise of investment returns, Defendants have targeted and continue to target Chinese investors in a scheme to sell securities to finance two different real estate projects, a skyscraper in downtown Seattle and a mixed-use commercial and residential development containing a farmer’s marketin Everett, Washington. However, rather than use the money solely for the projects for which it was purportedly raised, Defendants have misappropriated approximately $17.6 million.

For example, Defendant Dargey misappropriated approximately $2.5 million of investor funds to purchase a residence in Bellevue, Washington. Further, Dargey made cash withdrawals of investor funds totaling approximately $350,000, including more than $200,000 withdrawn at 14 different casinos in Washington, Nevada, California, and British Columbia, Canada. Defendants have also misappropriated approximately $14.7 million of investor funds for use in real estate projects under Dargey’s control through relief defendants Potala Shoreline, LLC and Potala Village Kirkland, LLC, which are unrelated to the projects for which the funds were raised.

4. The Offering Defendants have also made materially false and misleading statements and omissions of material facts to solicit investors for the real estate projects.  Investors were provided with a Private Placement Memorandum (“PPM”) that describes the securities offering and states that the offering is designed to provide investors with a path to residency in the United States through the EB-5 Program. However, the Offering Defendants knew, or were reckless in not knowing, at the time investors were provided the PPMs that Defendants’ use of funds contrary to what was disclosed in filings to USCIS put in jeopardy the investors’ EB-5 petitions and ability to obtain residency in the United States.

5. Through this action, the Commission seeks to protect the interests of current and future investors. As the fraud described is ongoing and likely to continue, and millions of dollars of investor funds remain at risk of dissipation, the Commission seeks emergency ex parte relief in this action to enjoin violations of the anti-fraud provisions of the federal securities laws, freeze assets, and secure other equitable relief.