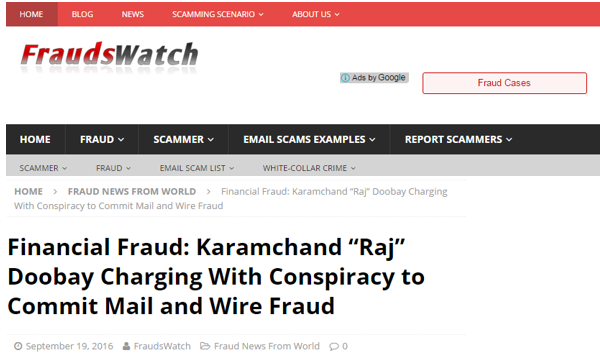 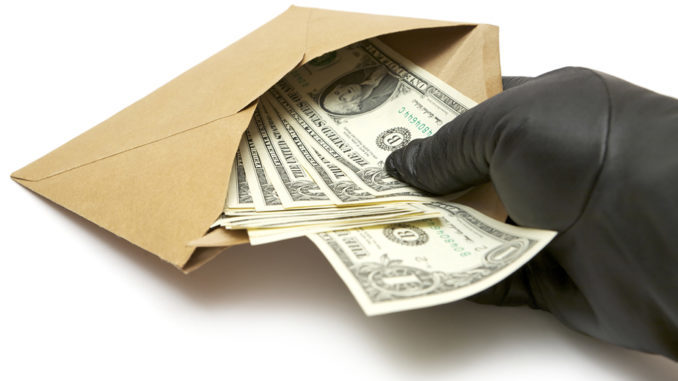 United States Attorney A. Lee Bentley, III announces the unsealing of an indictment charging Karamchand “Raj” Doobay (42, Ontario, Canada and Orlando, Florida) with conspiracy to commit mail and wire fraud and substantive counts of mail and wire fraud. If convicted on all counts, he faces a maximum penalty of 20 years in federal prison on each count. The indictment also notifies Doobay that the United States intends to forfeit $8,248,547, representing the amount of proceeds obtained as a result of the offenses, and several parcels of real property in Hamilton County, Florida, and a residence in Winter Garden, Florida, which are also alleged to be traceable to proceeds of the offenses. Doobay was arrested on September 1, 2016, and was ordered detained pending trial.

According to the indictment, Doobay operated business entities in Hamilton County, through which he acquired a parcel of land located at 7516 SE 113th Blvd., in Jasper. From about March 2009, through December 2015, Doobay solicited investors to purchase subdivided lots on the land, guaranteeing them returns between 9 percent and 41 percent for investments in RV lots and other lots for sale by his entity, Florida Gateway Resort. He utilized various bank accounts to collect funds for the purchase of RV lots that he purported to sell to investor purchasers. However, Doobay failed to disclose that he had previously contracted to sell and purportedly sold the same RV lots to other investors.

The indictment also alleges that, from about May 2011, through about May 2016, Doobay conspired to commit wire fraud by promising to immigrant investors to use their investments for the development, renovation and/or new construction of Senior Premier Living, a retirement community in the city of Jasper. In fact, Doobay used a portion of the investors’ funds to pay Florida Gateway Resort investors and for his own personal use and enjoyment. This included a withdrawal of $190,000 in immigrant investor funds on or about October 27, 2014.

An indictment is merely a formal charge that a defendant has committed one or more violations of federal criminal law, and every defendant is presumed innocent unless, and until, proven guilty.

This case was investigated by the Federal Bureau of Investigation, the Florida Department of Law Enforcement, and the Hamilton County Sheriff’s Office. It will be prosecuted by Assistant United States Attorney Kelly S. Karase.