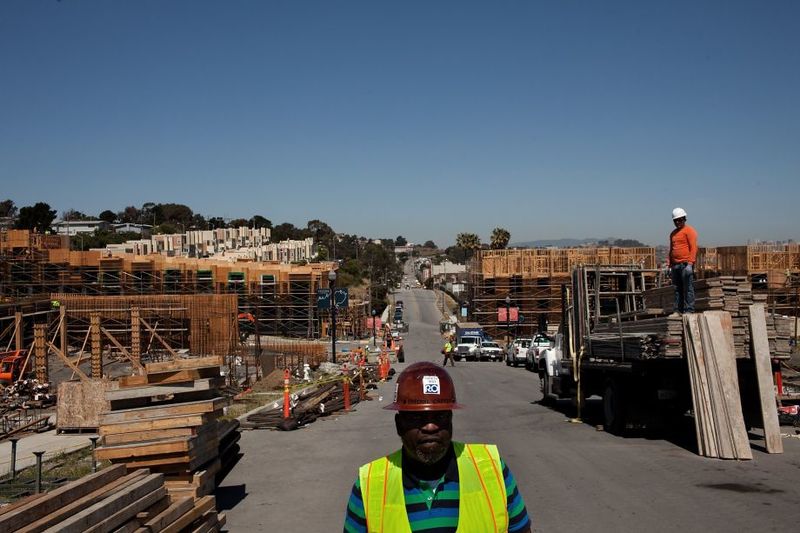 The San Francisco firm that rounded up $200 million from foreign investors to help get the Hunters Point Shipyard redevelopment off the ground is spreading its wings - and raising a lot more money.

The San Francisco Bay Area Regional Center, a major player in the federally regulated Immigrant Investor program, is announcing Tuesday a $500 million fund to help finance two more projects in California next year. It's also changing its name to Golden Gate Global, to reflect an international reach that includes investors from 12 foreign countries so far and an office in Shanghai that opened last month.

"We've grown and are growing," said Ginny Fang, the firm's CEO and former executive director of ChinaSF, the city's public-private organization that has assisted in bringing over 40 Chinese companies to San Francisco. Fang would not specify the two projects, except that one is in the Bay Area - not San Francisco - and one in Southern California.

"We're focused on real estate. That is our sweet spot," Fang said.

The same can be said for overseas investors, especially when they are looking in California, which ranks second to New York as their destination of choice. And the EB-5 program - which grants immigrants a green card in exchange for a minimum $500,000 investment in a project that guarantees a specified number of U.S. jobs - has become increasingly popular in the post-Great Recession years.

Though not without controversy. It's been criticized as little more than a way for rich foreigners to jump the immigration queue, and open to fraud.

So far, three cases of fraud have come to light. The best-known involved a purported convention center project next to Chicago's O'Hare airport, which took 290 Chinese investors for $160 million in 2012. In October 2013, the SEC charged a husband-and-wife team in Texas with defrauding investors from Mexico, Egypt and Nigeria, all promised green cards, out of $5 million. That prompted the SEC and the U.S. Citizenship and Immigration Services, another of the federal agencies regulating EB-5, to issue an "investor alert" about such scams.

On Wednesday, the Securities and Exchange Commission and the local U.S. attorney's office filed charges against a Los Angeles immigration law firm for allegedly swindling foreign investors, thinking they were investing in an ethanol production plant in Kansas, to the tune of $11.5 million.

The SEC office in San Francisco said it knows of no investigations in the Bay Area. Nationally, "There might be another one soon," said an SEC spokesman in Washington.

There are over 500 registered regional centers nationwide and dozens in the Bay Area and California. Few of them, nationally or locally, appear to have done much apart from putting up a website and seeking investors.

"There's a lot of money being thrown around, and it looks simple from the outside. But it's a very complicated process," said Tom Henderson, CEO of the San Francisco Regional Center.

Henderson's firm (not to be confused with the San Francisco Bay Area Regional Center) has raised close to $100 million for three completed projects in Oakland - a skilled nursing facility off Foothill Boulevard, a warehouse next to the Port of Oakland and a call center in the Tribune Tower downtown. He said there are "three or four more" projects in the pipeline, all, like the three completed, in the $15 million range.

"They're easier to handle. It's a model that works for us," said Henderson, who also sits on the advisory board of ChinaSF.

The EB-5 program has worked well for the Hunters Point Naval Shipyard project, now called the Shipyard. While the $200 million in EB-5 funds is less than half of the $7 billion project's overall cost to date, "we have said publicly that it helped provide stable funding at a time when real estate lending was soft," said a spokesman for Lennar Urban, the project's chief developer.

Out of the development's 12,000 homes to be built by 2020, 247 were under construction as of Friday, with 140 more to come this year, plus 350 in 2015. Sales opened in June, starting in the high-$400,000 range. Approximately 950 construction workers have been employed so far, with "thousands more" to be hired during the life of the project, and 10,000 permanent jobs created at the project's completion, the spokesman said.

And there is more EB-5 money coming for the Shipyard - an additional $200 million next year, Fang said. Much of the money will continue to come from Chinese investors, although wallets are opening in Western Europe, Canada, Russia and elsewhere in Asia. "We also want to look south, to Central and South America," she said, citing LatinSF, the city's public-private initiative modeled on ChinaSF, which is set to launch this year.

As to the criticisms and bad actors highlighted in a blistering cover story in the July issue of Fortune magazine, "at least they caught the Bernie Madoff of EB-5," said Fang, referring to the focus of the article, the alleged mastermind of the O'Hare convention center scheme.

"We applaud it. We want there to be more scrutiny. It has to be made clear what the standards are.

"We are managing funds, just like private-equity and hedge funds," said Fang, who is flying to China this week along with Lennar regional Vice President Kofi Bonner and others to meet with investors there.