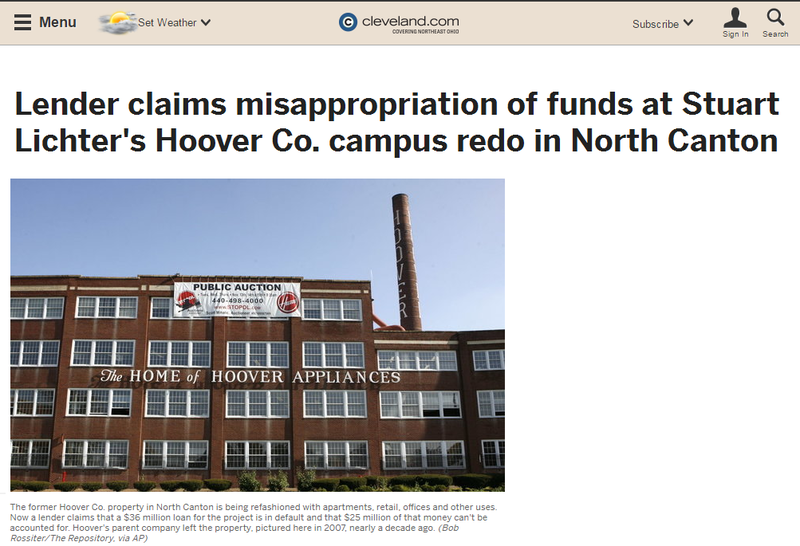 One of the nation's largest private property owners is being accused of misappropriating loan funds earmarked for a mixed-use makeover of the former Hoover Co. campus in North Canton.

In a lawsuit filed late last year in federal court in Akron, an affiliate of CMB Regional Centers claims that developer Stuart Lichter and Maple Street Investors LLC, a company formed for the Hoover project, are in default on a $36 million loan amassed from foreign investors.

And $25 million of that money can't be accounted for, CMB says. But it's possible, according to court records, that the money was diverted to Lichter's redevelopment of the former Goodyear Tire & Rubber Co. campus in Akron.

The lawsuit pits a prominent real estate investor against a partner he's worked with for years. CMB and Lichter cut their teeth on redevelopments of closed military bases in California. When Lichter, who lives in California, started amassing a huge portfolio of industrial properties and other commercial real estate in Ohio, CMB followed to help finance deals.

Apparently, the relationship has soured. 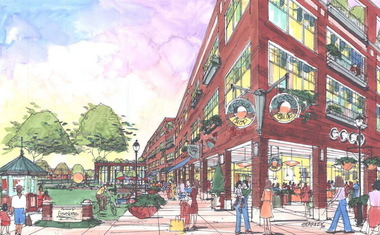 In court documents, CMB says it doesn't know what happened to the money it raised for the Hoover project. The lender questions whether Maple Street Investors has the ability and the cash to finish the job.

In a letter sent to Lichter in March, CMB's attorneys described the development team's behavior as "dissembling, if not outright stonewalling."

In a Dec. 29 rebuttal, the developer denied that the loan is in default and rejected CMB's claims. The case is set for trial in April 2018. During a recent telephone conference, attorneys told U.S. District Court Judge Sara Lioi that they've held preliminary settlement talks.

But they haven't reached an agreement.

Why does this matter?

First, Lichter is a dominant player in Ohio real estate. And an allegation about misappropriation of loan funds is no small thing.

With local business partner Chris Semarjian, Lichter owns everything from the former American Greetings Corp. headquarters in Brooklyn to the remains of Randall Park Mall, which is being remade as an industrial park

He developed Goodyear's new headquarters building in Akron and is refashioning the company's former home as the East End, a mixed-use project that has garnered state and local support. And Lichter's company, Industrial Realty Group, is the master developer for the $500 million Hall of Fame Village project in Canton.

Lichter said he doesn't expect the litigation to impede the Hoover project, which is on track for completion in late 2017 or early 2018.

"Most of the people we work with know us really well and know our integrity and success," he said. "We don't believe it's going to have any long-term effect on the property and what we're doing."

Second, CMB is not a typical lender.

The Illinois-based company is the parent of 10 regional centers, organizations that are approved by U.S. Citizenship and Immigration Services. Regional centers amass money from wealthy foreign inve stors for projects that create or preserve jobs in the United States. 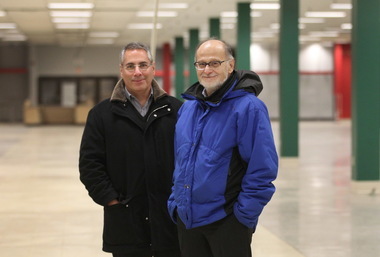 Those investors, through a federal visa program known as EB-5, receive temporary U.S. residency in exchange for their cash. After two years, the investors are eligible for permanent residency - green cards - if the projects and jobs materialize.

In economically challenged markets like North Canton, investors must kick in $500,000 each to participate. That means the Hoover loan likely is tied to 72 investors and their families - people who won't get permanent U.S. residency without documentation that CMB needs from the developer.

Problems at the Hoover project would be a black eye for CMB, an established player in the EB-5 business, and a potentially unwanted headline for the EB-5 program, which is under Congressional scrutiny and up for reauthorization in the spring.

Court filings show that CMB's Ohio regional center entered a loan agreement for the Hoover project in May 2012 and funded the loan in October 2013. At that point, the $70 million redevelopment project was scheduled to be complete in late 2015.

By mid-2015, though, the lender was getting concerned. CMB kept trying, and failing, to get information about project operations and spending from the developer. In November 2015, according to court records, Maple Street Investors revealed that it had shifted $25 million of the loan proceeds over to the Goodyear redevelopment - another deal that CMB agreed to lend on - more than two years earlier.

Legal filings indicate that Lichter and Maple Street don't see that move as a breach of contract. But CMB argues otherwise.

Now the lender wants immediate repayment of the $36 million, plus interest; access to records that Maple Street hasn't turned over; and a forensic examination of what's happened behind the scenes with the Hoover deal.

Court records also show that Lichter personally signed a guaranty that puts him on the hook for $3.6 million, or 10 percent of the loan amount. CMB demanded payment in September. The lender filed suit in November, after failing to make headway with the developer.