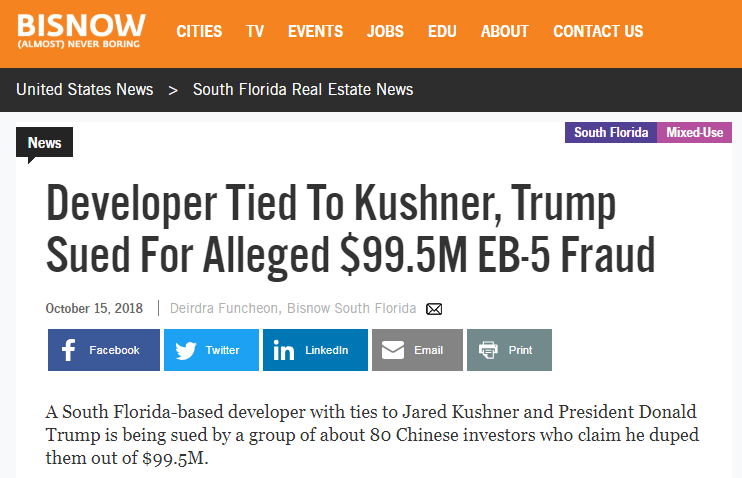 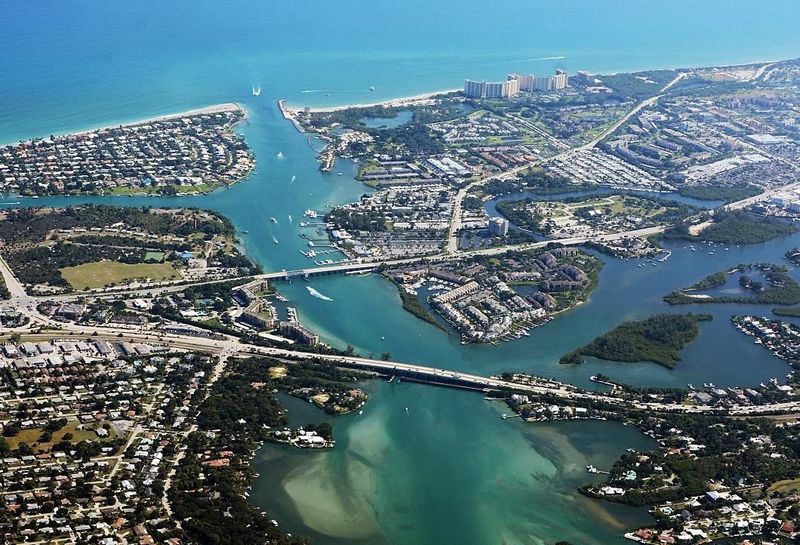 Nicholas Mastroianni persuaded investors to use the EB-5 program to help him build a sprawling waterfront mixed-use complex in Jupiter, Florida, called Harbourside Place, which now houses a Wyndham Grand hotel, a marina and Tiger Woods’ flagship restaurant. A civil lawsuit filed Thursday in Palm Beach County accuses Mastroianni and two of his associates of using a web of companies to control all aspects of the project and pull off a complex fraud. In statement to Bisnow, a Harbourside Place spokesperson said, "The allegations are baseless, factually incorrect and totally ignore the economics and legal structure of the Harbourside investment. We intend to prevail in court against these plaintiffs and to continue to work with the majority of investors in Harbourside who did not sue." The investors were recruited with the help of a Chinese agency to take advantage of the EB-5 visa program, which awards U.S. green cards and eventually citizenship to people who invest at least $500K in certain projects that create at least 10 jobs per investor. In this case, 199 investors each kicked in $500K and a $40K “administrative fee." The lawsuit says the investors mostly got involved between 2011 and 2013 and set up a limited partnership “with the understanding that their money would be used to fund a first-priority, secured construction loan.” Harbourside Place opened in 2017. The plaintiffs say that Mastroianni had planned to raise $100M from 200 investors, but if he fell short, he would obtain a senior loan to cover the difference — however, the total debt including the EB-5 money was not supposed to exceed $110M. He raised only $99.5M — one investor short — opening up the door to seek additional financing. He took out more than $60M from a senior lender, Putnam Bridge III, which then became first in line to be repaid, subordinating the EB-5 investors. Putnam later assigned its loan to a Mastroianni-affiliated entity, thus positioning Mastroianni as both the borrower and the lender. The investors allege that Mastroianni, in his role as developer,  converted their EB-5 investment from debt to unsecured equity and intentionally defaulted on the loan. Then, in his role as lender, he sought to foreclose, icing out the EB-5 investors.

The lawsuit says that Mastroianni took advantage of the foreigners by controlling entities at every step of the process: His US Immigration Fund was the promoter that helped broker the visas. He owned the EB-5 regional center that ensures compliance with the EB-5 program. He owned companies that bought and sold the Jupiter land, and he functioned as the project developer and the general partner of the partnership. 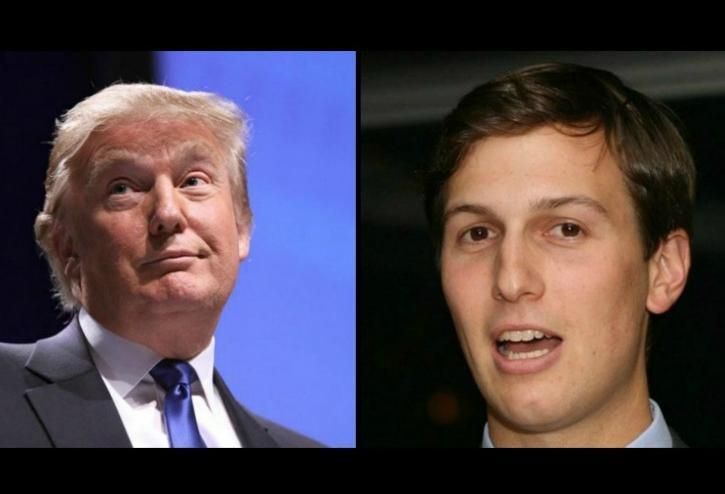 The Harbourside Place spokesperson said that "100% of the capital invested by all EB-5 investors was properly used in the project, and any suggestion to the contrary is false — independent accountant reports provided to the United States Citizenship and Immigration Services also clearly reflect the same." The spokesperson said that in fact, Mastroianni's company invested additional equity of almost $34M; that 70% of the investors already received their visas and the others were poised to receive theirs. "All investors have been, and continue to be, paid interest and their investment remains superior to the developer's equity," the spokesperson said. According to a 2014 profile of Mastroianni in Fortune, he had drug-related arrests and a bankruptcy in his past, and faced a string of business failures before he began raking in millions by brokering EB-5 deals in 2010. Since then, Mastroianni’s US Immigration Fund has reportedly raised more than $3B for projects in New York and Florida. USIF was involved with the Kushner family’s aborted attempt to raise $150M in visa money in China. When he feared that regulators would crack down on EB-5 visa fraud, Mastroianni sought help from Trump lawyer Michael Cohen, and the feared crackdown didn't happen.