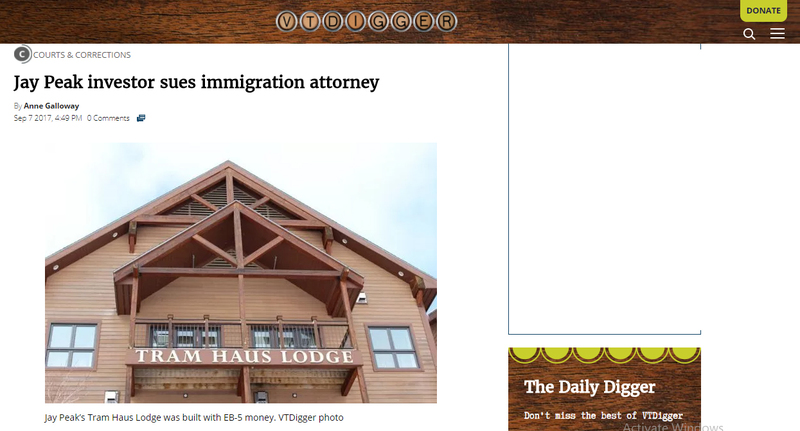 A Brazilian man who came to the United States hoping to escape corruption in his native country has accused his immigration attorney of securities fraud.

Felipe Accioly Vieira is suing The Korda Law Firm, based in Naples, Florida, and Anthony Korda, the principal attorney for the firm, alleging malpractice, consumer fraud, breach of fiduciary duty, breach of contract and unjust enrichment.

Vieira, who lives in Stowe, is one of nearly 900 foreign investors in projects proposed by the developers of Jay Peak Resort and financed through the federal EB-5 program.

The projects were part of a $400 million-plus scheme allegedly perpetrated by Bill Stenger, the CEO of the resort, and Ariel Quiros, the owner. The two men are accused of misusing $200 million in investor money from 2008 to 2016, according to a lawsuit brought by the Securities and Exchange Commission. Federal regulators charged the two men with 52 counts of securities violations in April 2016.

Quiros and Stenger have partly settled with the SEC and are not contesting the facts in the case.

Money from investors in the Tram Haus Lodge was used to buy Jay Peak Resort, according to the SEC. Stenger and Quiros then used investor money from later projects to pay for the construction of the Tram Haus and Hotel Jay. This pattern continued until the developers began to run out of money in 2014 and construction was stopped at three of the last projects in the “Ponzi-like” scheme, the SEC alleges. 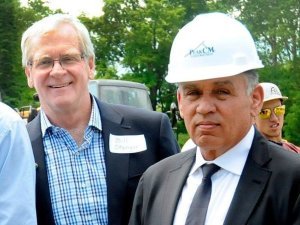 In the early fundraising phases of the Jay Peak development, Stenger referred foreign investors to Korda, an immigration attorney who also happened to be an investor in the Tram Haus Lodge, the first development at the resort.

Vieira alleges that because Korda, his immigration attorney, was an investor in Tram Haus, he had a vested interested in aiding the scheme by bringing in new investors to later projects.

The lawsuit also claims Korda did not have a license to practice law in Vermont or Florida.

In June, an immigration attorney was fined $2.7 million by the SEC for defrauding Chinese nationals.

Vieira invested in the Stateside condo and hotel complex, which stalled when contractors walked off the job in the summer of 2014. The condos sat for three years in a state of partial construction.

When Vieira became interested in the Jay Peak projects in February 2012, he asked for a list of immigration attorneys. But instead of offering a group of lawyers to choose from, Stenger directed him to use Korda as his attorney, according to the lawsuit.

Not long after, Vieira was alarmed by news that Rapid USA Visas, an EB-5 consulting company, had broken off with Jay Peak because of concerns about financial representations. When Vieira confronted Stenger, the Jay Peak CEO chalked up the issues with Rapid as a “business dispute,” the suit says.

Vieira then contacted James Candido, the director of the Vermont EB-5 Regional Center, who repeated Stenger’s explanation for the split.

Instead of answering Vieira’s questions, Korda elaborated on the “party-line for Jay Peak” and said the dispute “may be no more than an attempt [by Rapid USA Visas] to be spiteful in light of a business fallout,” according to the lawsuit.

Vieira was sent an escrow agreement and offering documents and had several months to sign up. Instead of answering his client’s questions about the breakup and Jay Peak’s financial representations, Korda allegedly “failed to assist Mr. Vieira in the due diligence process.”

Information about how EB-5 investor money was spent was never provided. When Vieira asked questions about the lack of transparency, a Jay Peak employee accidentally sent Vieira an email in which she described him to Stenger as “a P[ain] I[n] the A[ss],” the lawsuit says.

Not long after, Vieira asked his attorney to withdraw his investment. Instead of addressing his client’s concerns, Korda defended Jay Peak and explained that the employees are “efficient and caring (if a little overwrought by the extra work that the break up with Rapid Visa led to.)”

This exchange was followed in late May 2012 by “a flurry of operational reports from Jay Peak [from Stenger] — but still no financial information.”

The attorney allegedly “inundated” Vieira with information about the EB-5 program sunsetting in October 2012, effectively pressuring him to invest in Jay Peak right away.

By late May, Vieira believed he would lose “his opportunity to live the American dream” if he didn’t sign up as an investor in the Stateside project.

Stenger used several other attorneys, besides Korda, including Chuck Leamy and the firm ShenLaw, both of whom have also been sued by investors. 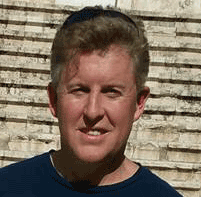 Last year two Chinese investors filed a lawsuit against Leamy, their immigration lawyer, who has close ties to Stenger. Minggan Wei and his sister, Zhao, eventually dropped the case because they didn’t have enough money to go through a lengthy court process.

In a deposition with SEC litigators, Stenger said he paid “referral fees” to immigration attorneys from 2006 to 2008. He said he stopped the practice after the SEC tightened rules for the EB-5 immigrant investor program.

But an immigration attorney for an investor in the AnC Bio Vermont project said Stenger offered him a commission in 2013. John Wilson, an immigration lawyer in Concord, New Hampshire, said he refused the $15,000 fee from Stenger when he represented Shehryar Iqbal, an immigrant investor from Pakistan.

Several lawyers interviewed by VTDigger described the commissions as a form of “kickback,” because the payments gave the attorneys an incentive to recommend the Jay Peak projects to clients.

Leslie Holman, an attorney who practices immigration law in Burlington and is a former president of the American Immigration Lawyers Association, said it is unethical for attorneys to accept referral fees.

Commissions “are unscrupulous,” Holman said, because they create a conflict of interest for attorneys.

Referral fees divide the loyalty of attorneys between investors and developers, according to ethics policies set by the Vermont Bar Association and the American Immigration Lawyers Association.