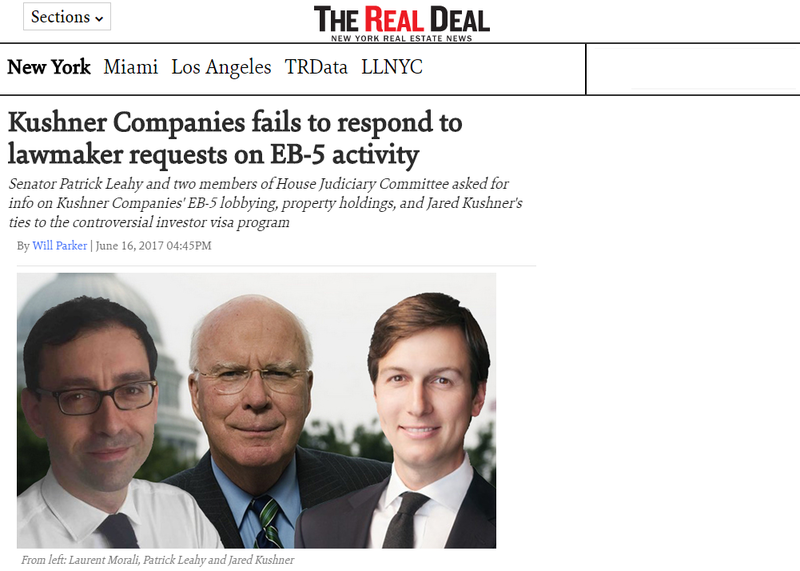 Jared Kushner has gone from head of a multibillion dollar real estate developer to subject of multiple government investigations in blinding speed.

Through his attorneys, Kushner said he will cooperate with these investigations, already well underway in the Senate and House intelligence committees. On Thursday, the Washington Post reported that White House special counsel Robert Mueller was also investigating Kushner and his business dealings.

But so far, his family firm, Kushner Companies, has refused to cooperate with one request that came earlier this month from members of the House and Senate Judiciary Committees related to the company’s use of the EB-5 visa, the controversial investment program that developers have tapped to finance their projects.