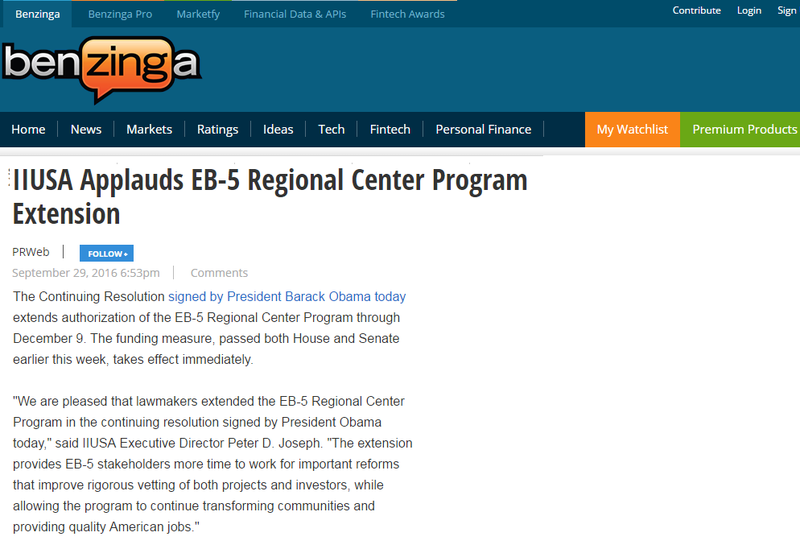 A minimum of $11 billion in community investment and over 220,000 American jobs would disappear if the EB-5 Program lapsed, causing immediate negative consequences to U.S. businesses and projects counting on EB-5 investment to create jobs.

The EB-5 Regional Center Program has facilitated billions of dollars in direct foreign investment into a diverse range of projects throughout the United States, generating over $15 billion from 2005-2015 and creating well over 100,000 new US jobs in that time.

EB-5 was created by Congress with broad bipartisan support to attract foreign investment and create American jobs. Investors who commit at least $500,000 or $1,000,000 in approved U.S. businesses are eligible for permanent residency once the U.S. government confirms that their investment created or sustained at least 10 American jobs within a two year period. EB-5 is unique to other immigration programs in that it creates jobs in America and allows the government to collect federal and state taxes from foreign investors world wide income.