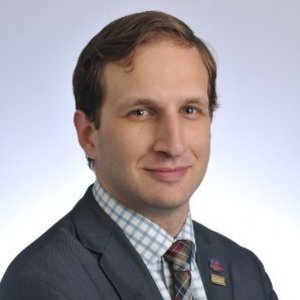 Founded in 2005, Invest In the USA (IIUSA) is the national membership-based 501(c)(6) not-for-profit industry trade association for the EB-5 Regional Center Program (the “Program”). IIUSA’s primary mission is to make the Program a permanent and successful part of 21st century U.S. economic development policy. Federally-designated, active EB-5 Regional Centers – the public and/or private entities approved to serve as the conduits of foreign direct investment (“FDI”) and regional economic development in the Program – are IIUSA’s core members. As a reflection of the international and interdisciplinary makeup of the Regional Center industry, IIUSA also has Associate members from numerous professions and from around the world, including: attorneys, broker-dealers, consultants, developers, economists, financial advisors, migration intermediaries, etc. To date, IIUSA represents over 290 Regional Center members and 170 Associate members, with our Regional Centers accounting for approximately 95% of all the EB-5 capital formation (billions of dollars), resulting U.S. job creation (tens of thousands of jobs), and tax revenue (over a billion dollars).

Since 2010, Peter D. Joseph is the Executive Director of Invest In the USA (IIUSA) - the national trade association for the EB-5 Regional Center Program which accounts annually for billions of dollars in capital investment, creating tens of thousands of U.S. jobs and generating billions of dollars of tax dollars for the U.S. economy. Under his leadership, IIUSA has grown to represent well over 95% of capital flowing through the EB-5 Program - while achieving advocacy, policy, and industry development goals by actively engaging in government and public affairs with an international reach.

Mr. Joseph has been involved in various aspects of the EB-5 Program starting in 2007 when he worked at a leading EB-5 law firm, followed by independent consulting with Regional Centers and service providers. He received his M.S. from the DePaul University School of Public Service in Leadership and Public Policy in 2012 with distinction, focusing his research on foreign direct investment and economic oriented immigration policy. He received his B.S. from Ithaca College in 2007.