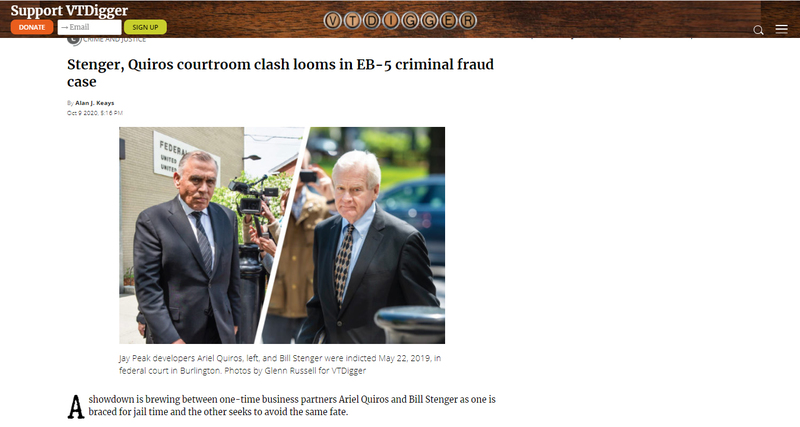 Jay Peak developers Ariel Quiros left, and Bill Stenger was indicted on May 22, 2019, in federal court in Burlington.

A showdown is brewing between one-time business partners Ariel Quiros and Bill Stenger as one is braced for jail time and the other seeks to avoid the same fate.

Stenger is leveling blame for the largest criminal fraud case in the state’s history at Miami businessman Quiros and another former partner, William Kelly. All three are under a federal indictment.

As the finger-pointing between the former Northeast Kingdom developers heats up, other takeaways from a hearing Friday before Judge Geoffrey Crawford included:

An agreement to unseal documents, including those related to 2016 search warrants, in the case. Crawford, however, balked at the public release of records tied to a 2018 search warrant after the prosecutor claimed the disclosure would hinder the ongoing criminal investigation.

— The trial date for Stenger, which has already been delayed to April, could be pushed back to next October given concerns over the ability to hold such a complex proceeding should the Covid-19 pandemic continue.

— The trial could run anywhere from three to eight weeks. The prosecution has a witness list of nearly 90 people.

Quiros, Jay Peak’s former owner, and Stenger, former president of the resort, headed the project, known as AnC Bio Vermont, with Kelly serving as an adviser.

In May 2019, the three men were named in a federal criminal indictment on charges of fraud and making false statements to the government.

Federal regulators deemed the AnC Bio Vermont project as “nearly a complete fraud.” The biomedical facility never got off the ground, even though Stenger raised more than $80 million from 160 foreign investors. Prosecutors allege Quiros siphoned off money for personal expenditures, including a New York City condo.

At Friday’s hearing, Brooks McArthur and David Williams, Stenger’s attorneys, pressed an objection, as they have at past hearings, to a provision in a plea deal that Quiros has already reached with prosecutors.

Quiros has pleaded guilty to three of a dozen criminal charges against him tied to the Newport project. He has also agreed to cooperate with prosecutors. In exchange, he will face a sentence of no more than 97 months in prison.

The agreement allows Quiros to be sentenced after the cases against other defendants are resolved. 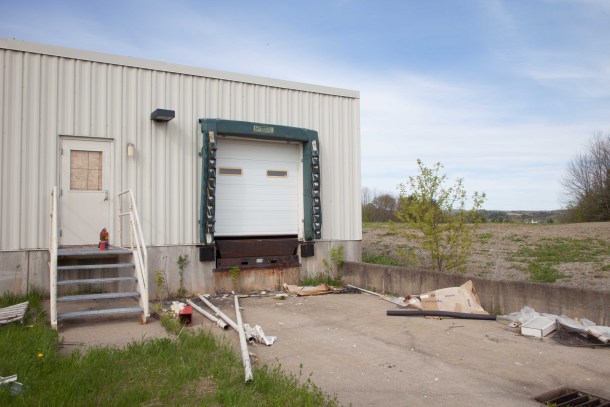 Stenger’s defense attorneys want Quiros to be sentenced before their client’s trial, or at least before they mount their client’s defense during that proceeding. They say that would allow for greater leeway in questioning Quiros about his role in the fraud case.

They claim Quiros was the mastermind of the criminal action, freezing Stenger out of those details. Quiros has claimed that he did not sign off on material misrepresentations made by Stenger to more than 800 immigrant investors for the Jay Peak and Burke projects.

If Quiros is sentenced after the trial, Stenger’s attorneys argue, he could say his case is technically still ongoing. He could also claim certain legal protections, such as the Fifth Amendment right against self-incrimination, enabling him to avoid answering questions if he is called to the witness stand.

Assistant U.S. Attorney Paul van de Graaf, a prosecutor, told the judge Friday he didn’t believe the timing of Quiros’ sentencing needed to be decided now since a trial for Stenger is still months away.

“Can we wait until February to resolve this? Crawford asked.

The criminal case was filed more than three years after federal and state regulators accused Stenger and Quiros of misusing and commingling $200 million of the more $350 million they raised from hundreds of investors through the EB-5 visa program.

The Securities and Exchange Commission referred to the financing of those projects as a “Ponzi-like” scheme. The developers raised money from investors for one project and used those funds to backfill costs for earlier developments.

The projects, spanning nearly a decade, included massive upgrades at Jay Peak ski resort, as well as a hotel and conference center at Burke Mountain.

Both Stenger and Quiros reached monetary settlements with state and federal regulators, with Quiros taking the biggest hit by agreeing to surrender assets estimated at $81 million. The properties he gave up included both Jay Peak and Burke Mountain ski areas.

As part of those settlements, neither Quiros or Stenger admitted or denied wrongdoing.

The EB-5 program allows foreign investors to put money into a qualified project, and if that investment meets job-creating requirements become eligible for green cards, or permanent U.S. residency.

Among the documents unsealed by Crawford’s orders following Friday’s hearing was a motion related to a move by Kelly’s attorneys seeking to have a separate trial from Stenger rather than both standing trial at the same time. 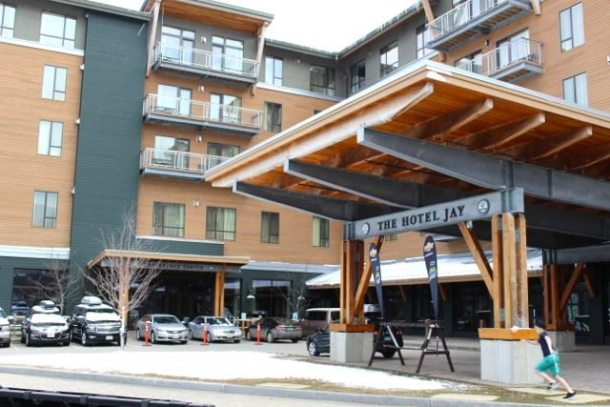 The Hotel Jay is the signature project of the Jay Peak Resort expansion. The developers used EB-5 immigrant investor money to build the five-story hotel.

Robert Goldstein, an attorney for Kelly, said during the hearing Friday while the judge had discretion whether those records stayed secret, he preferred that they not be released.

That’s because, the attorney said, the case had received a great deal of publicity and the documents contained trial strategy.

Crawford said he would release those records because he said the information was “inside baseball.” He added that he didn’t believe the disclosure of the information and any reporting on it would likely be remembered by a potential juror months later when a panel to hear the case is selected.

“This seems,” the judge said, “like kind of small potatoes alongside the more striking articles that have appeared over the last couple of years.”

Those documents, which became public later Friday, did include an email to Kelly’s counsel from McArthur, Stenger’s attorney.

That email stated Stenger did intend to point blame at Kelly and Quiros for acting “in concert” to keep him in “the dark about their fraudulent activity.”

In seeking a separate trial for his client, Goldstein said Stenger’s defense would hurt Kelly’s right to a fair trial.

“This is the type of factual circumstance where to accept Mr. Stenger’s defense,” Goldstein wrote, “the jury must necessarily convict Mr. Kelly.”