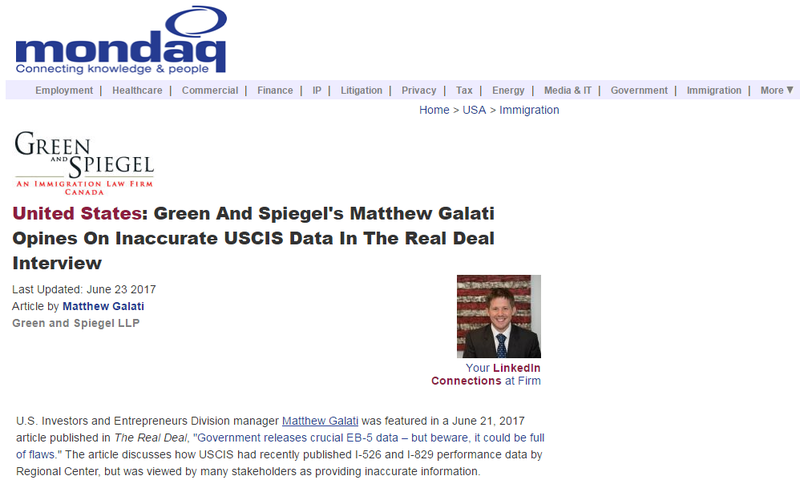 U.S. Investors and Entrepreneurs Division manager Matthew Galati was featured in a June 21, 2017 article published in The Real Deal, "Government releases crucial EB-5 data – but beware, it could be full of flaws." The article discusses how USCIS had recently published I-526 and I-829 performance data by Regional Center, but was viewed by many stakeholders as providing inaccurate information.

In the interview, Matt stressed that prospective immigrants should not use the data to make any decisions as to where to invest because the accuracy of I-526/I-829 figures was called into question. "My advice to investors is this data doesn't change anything," he said. "If the data is inaccurate, it can't be relied upon, and I would discard it completely."

Founded in 2003, The Real Deal is a New-York based real estate website described by the New York Post as "the hot sheet for NYC real estate professionals." The publication frequently covers EB-5 developments on a nationwide basis given the usage of the program by developers.