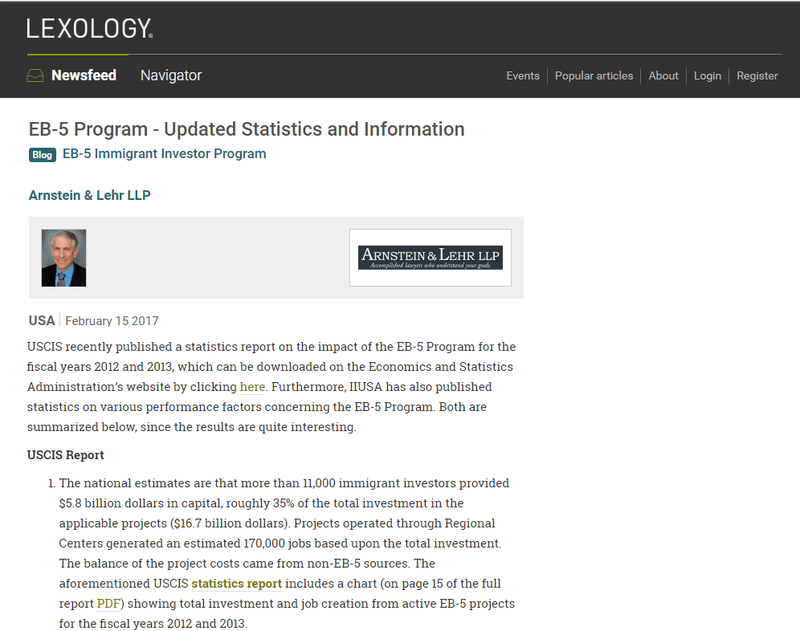 USCIS recently published a statistics report on the impact of the EB-5 Program for the fiscal years 2012 and 2013, which can be downloaded on the Economics and Statistics Administration’s website by clicking here. Furthermore, IIUSA has also published statistics on various performance factors concerning the EB-5 Program. Both are summarized below, since the results are quite interesting.

As a separate matter, I attended the NES Financial Annual Innovation Summit held in three different cities, Los Angeles, Miami and New York. León Rodriguez, the former director of USCIS, spoke for the audience. Some of his takeaways included the following: