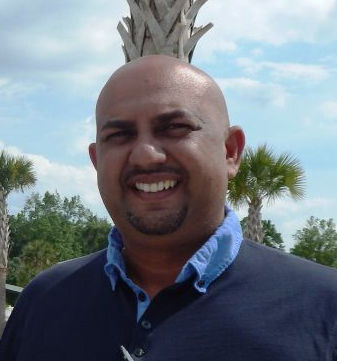 Agents with the Florida Department of Law Enforcement and Hamilton County Sheriff J. Harrell Reid announce the arrest of Karamchand “Raj” Doobay, 40, of Jasper, Florida for organized scheme to defraud over $50,000.

FDLE agents began investigating Doobay in 2014 at the request of the Hamilton County Sheriff’s Office after they received an allegation that Doobay was using his corporations, Florida Gateway Resort and Florida Gateway Golf and Country Club to complete fraudulent land transactions. Doobay sold lots not zoned for a subdivision and resold the same lots to multiple victims. He also failed to give victims deeds, titles or other legal transfer of ownership documents.

During the investigation detectives found that Doobay, illegally sold lots to at least 29 victims netting approximately $2 million. In addition, the investigation shows Doobay sold the same lots to multiple victims.

Investigators believe there could be additional victims. Anyone with information regarding Doobay, Florida Gateway Resort or Florida Gateway Golf and Country Club should contact FDLE’s Live Oak Field Office at (800) 226-5630 or the Hamilton County Sheriff’s Office at (386) 792-1001.

Doobay turned himself in at the Lake County Jail today and has a $1 million bond.  The case will be prosecuted by the State Attorney’s Office, 3rd Judicial Circuit.