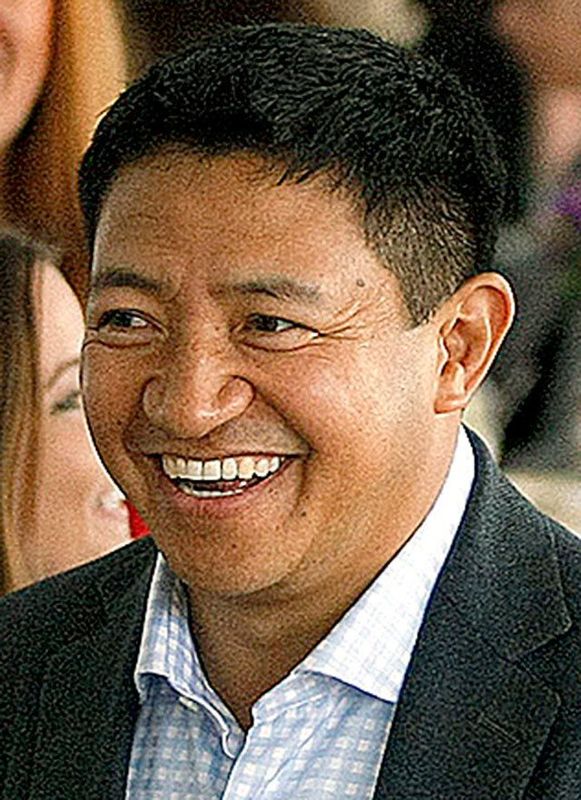 An Everett developer’s guilty plea Wednesday to federal fraud charges is the latest example of abuse of the EB-5 program offering green cards to foreign investors.

Lobsang Dargey used the program to fuel his fast rise in the Puget Sound real estate industry. Now, he faces up to 10 years in federal prison and must repay investors $24 million.

Before his legal troubles began, the 43-year-old claimed to be a rags-to-riches story come true. He says he grew up dirt poor in rural Tibet, and came to the United States in 1997 with hardly a dollar to his name.

After nearly 20 years in the country, he still struggles with English, reading at a grade-school level. Yet he understands how to sell investors and public officials on development projects, including a proposed 41-story tower in Seattle. And he speaks fluent Chinese. China is home to many newly-minted millionaires who want to move to the U.S.

Dargey raised more than $150 million from Chinese nationals intent on moving to America, purportedly for his Seattle tower and a mixed-use apartment building in Everett. Yet, he now admits to using millions of dollars for other construction projects, personal shopping sprees, a luxury home and trips to casinos.

His fraud is hardly the first time criminals have used the EB-5 program, which is run by U.S. Citizenship and Immigration Services (USCIS), as cover. The program’s popularity has soared since the Great Recession — and so have the ranks of critics and opponents calling for extensive reforms, if not ending it outright.

The program’s defenders say it has brought billions of dollars into the country and created thousands of jobs.

The two sides appeared headed for a showdown in Congress as the EB-5 program was set to expire in late September. In the end, legislators punted, renewing the program until April and leaving it for the new Congress to resolve. The program’s name stands for Employment-Based Immigration: Fifth Preference.

Sen. Chuck Grassley, R-Iowa, one of its leading critics, called the short-term extension “another missed opportunity” to clean up the program.

“It poses significant national security risks,” he said in December. “There are serious allegations that the program may be facilitating terrorist travel, economic espionage, money laundering and investment fraud.”

He and Sen. Patrick Leahy, D-Vermont, have led the charge for reforms.

In recent years, the U.S. Securities and Exchange Commission has filed more than a dozen lawsuits alleging fraud in EB-5 projects. That includes a lawsuit against Ariel Quiros, of Miami, and William Stenger, of Newport, Vermont, who allegedly skimmed $50 million off of $350 million that investors put into developments in Vermont.

State and federal prosecutors have filed criminal charges in a handful of cases involving EB-5 monies. Federal oversight reports in the past two years have highlighted a laundry list of shortcomings and problems.

Yet supporters, including Sen. Chuck Schumer, D-N.Y., remain adamant that it fuels economic growth in the U.S. Developers and other proponents spent up to $3 million to block a reform bill by Grassley and Leahy, reported The New York Times.

Nearly all immigrants in the EB-5 program invest in a regional center, a private company approved by the USCIS, which is part of the Department of Homeland Security. The number of regional centers has shot from 11 in 2007 to 865 as of early December, including 56 in Washington.

Individuals are supposed to invest at least $1 million in a development that creates or preserves at least 10 jobs in the U.S. However, investors only have to put in $500,000 if the development is in a low-employment area.

But the rules governing how low-employment areas are drawn up are so lax that developers can combine an upscale neighborhood with poor areas that are, in at least one case, miles away and across a river. That happened with the Battery Maritime Building in Manhattan. The investment area avoided rich neighborhoods nearby but included low-income areas across the East River in Brooklyn.

Immigrants who put money into a regional center are passive investors. They have no active role in the development.

Dargey followed the typical process. First, he set up a regional center — Path America SnoCo — associated with his proposed Potala Place, a mixed-use apartment building in Everett. Then he sought investors. He went to China, the source of the vast majority of EB-5 investors, to get backers.

Investors cut him a check, which went into escrow. Then they applied for a two-year temporary visa to live in the U.S. Once approved, the money was released from escrow to Dargey, who was supposed to use all of it for the development.

At the end of the two-year period, investors apply to the USCIS for permanent residency. Their petitions are supposed to be approved based on whether the project actually created jobs.

Yet, Dargey’s own actions, documented in his plea agreement with federal prosecutors, underscore some of the procedure’s shortcomings. After misusing investors’ money and substantially changing the approved business plan, he falsified documents to hide those actions from the federal government.

While he lied to investors, lenders and authorities, spent money on himself and other projects, and then covered it up by borrowing more money, he did leave behind a building — Potala Place — in Everett. Its ground floor retail space is still unfinished.

His participation in the program ended in August 2015, when the SEC filed a lawsuit accusing him of fraud. A criminal investigation commenced at the same time, culminating in Wednesday’s guilty plea to two charges — one of wire fraud and one of concealing information from federal authorities.

It is not clear if his investors will be able to stay or have to return to China, though. Immigration officials ended his companies’ involvement in the EB-5 program, saying that Dargey’s criminal activity negated the projects’ job-creating benefits. That decision is being appealed.

The EB-5 program’s head, Nick Colucci, acknowledged some of its shortcomings while speaking at a conference in Miami last July.

“As in any other financial sector, self-policing is vital to the integrity of the program,” he said.

Nonetheless, his office will work with law enforcement and the SEC to root out bad actors, he said.

Responding to critics, USCIS has overhauled its oversight of the EB-5 program in recent years. Colucci’s staff has grown nearly tenfold since then, but as of last year, it still only had two auditors to comb through developments’ books.

Fraud and other crime must be stamped out of the EB-5 program, he said at the Miami conference. They harm “not only investors and communities but also, I would add, could jeopardize the very existence of the program.”