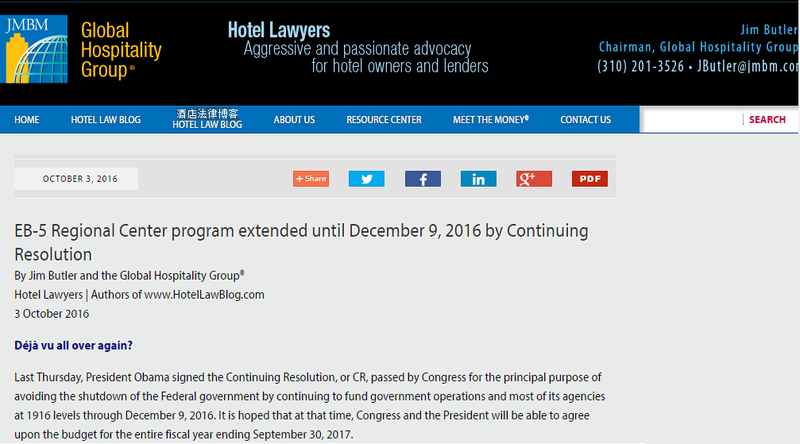 Déjà vu all over again?

Last Thursday, President Obama signed the Continuing Resolution, or CR, passed by Congress for the principal purpose of avoiding the shutdown of the Federal government by continuing to fund government operations and most of its agencies at 1916 levels through December 9, 2016. It is hoped that at that time, Congress and the President will be able to agree upon the budget for the entire fiscal year ending September 30, 2017.

What does this mean for EB-5?

The Continuing Resolution keeps the EB-5 Regional Center program running until Congress can reconvene after the elections and devote itself to sorting through all the budget issues, as it did last year at about this time.

While there continues to be wide-spread support for EB-5 in Congress, there are now a few Senators and Congressman that would like to greatly restrict the program or eliminate it altogether. It is therefore quite important that all stakeholders contact their representatives and express their feelings on the importance of this valuable program and prevent it from becoming a political football.

JMBM’s Global Hospitality Group® vigorously supports the EB-5 program, and actively participates in the IIUSA and its activities. We urge all interested persons to do the same.