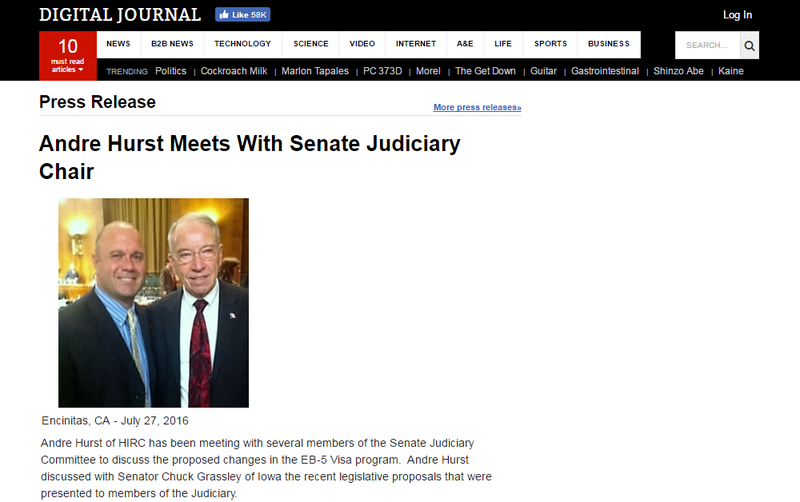 Andre Hurst of HIRC has been meeting with several members of the Senate Judiciary Committee to discuss the proposed changes in the EB-5 Visa program.  Andre Hurst discussed with Senator Chuck Grassley of Iowa the recent legislative proposals that were presented to members of the Judiciary.

The Senators’ proposed bill would extend the EB-5 regional center program for a period of five years, but amends many critical aspects of the program. These aspects and corresponding proposed changes would address:

At the level of the personal investor, proposed changes could increase the minimum investment amount to $800,000 from $500,000 for investments in a Targeted Employment Area (TEA) and $1.2 million from $1 million for investments not in a TEA. There will also likely be an ongoing inflation adjustment. DHS Secretary Johnson has stated that, even if Congress does not act on this, USCIS might exercise its existing authority to increase the minimum investment amounts.