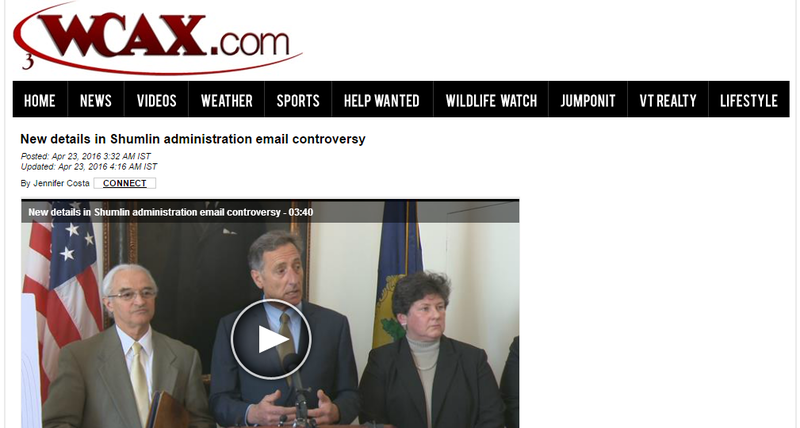 WCAX News is taking a closer look at the staffer emails Gov. Peter Shumlin wanted to have deleted. Earlier this month, his office asked the state's tech team to delete the accounts of five former top aides. The secretary of state's office said the move would violate the law and stopped the purge.

WCAX News Investigative Reporter Jennifer Costa found out there may be more to the story. 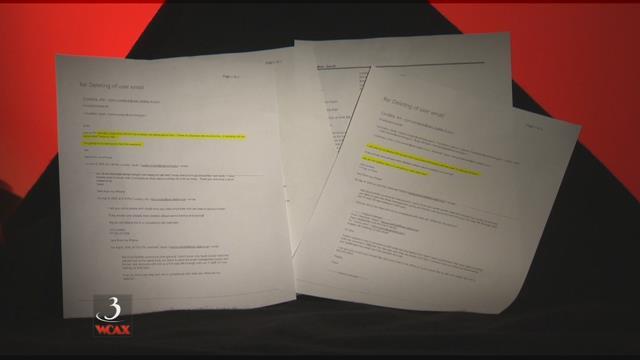 The Shumlin administration will be the first to archive emails. For the last year, the governor's senior staff has been working with the state archivist and her staff to decide what records should be preserved for future generations. So then why would the governor's lawyer go around the archivist when trying to delete records? When we asked, we were repeatedly put off by state officials.

"We're just not going to open the door and let it all out," Vt. Administration Secretary Justin Johnson said Monday. 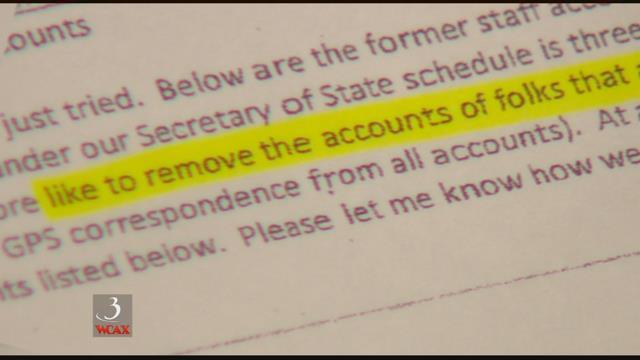 Through a public records request, WCAX News has learned that on April 1, Sarah London, Shumlin's general counsel, asked to "remove the accounts of folks that are more than three years old." On the top of London's list: her own mother's emails. Elizabeth Bankowski headed Shumlin's transition team after his election in 2010. London also sought to delete the emails of the governor's former chief of staff Bill Lofy, former campaign manager Alex Maclean, former scheduler Ariel Weingroff and former press secretary Bianca Slota, who is a former WCAX reporter.

The Department of Information and Innovation told London "DII has not historically been in the business of deleting data."

On April 8, London again asked to trash the five accounts after it appears she was told it was a no-go. State Archivist Tanya Marshall wrote to John Quinn of DII, "Sarah's request is not in compliance with state law and destruction hasn't been authorized. We have been working with the Governor's Office for the last year and they were aware of it. Nick Connizzo was there on Wednesday and reaffirmed that email can't be handled this way." 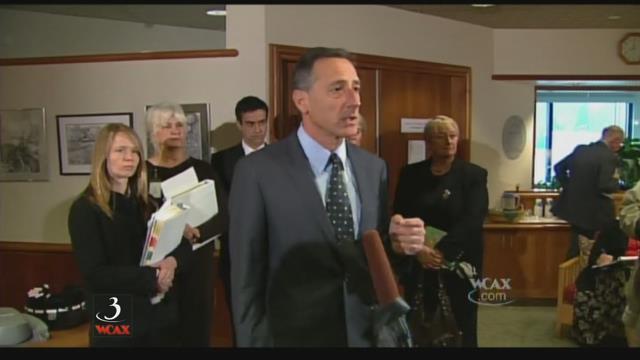 Vermont Secretary of State Jim Condos reached out to London directly, saying, "I ask you not to delete ANY emails from any state employee until we meet to discuss further!" and "We do not believe this is in compliance with state law!"

"Clearly there was some sort of miscommunication or misunderstanding," the governor's chief of staff, Darren Springer, said Monday.

Springer says London was using the secretary of state's record retention rules to guide her request and says Shumlin's team halted the purge as soon as concerns were raised.

"No emails from any of those archives have been deleted," he said.

And it appears state officials stalled when we tried to find out. In an email chain obtained by WCAX News, Condos wrote, "Jennifer Costa from WCAX has emailed me about this - I have no idea how she would know - it certainly did not come from Tanya and me! I'm going to try and ignore her this weekend."

So what's the in the thousands of emails the state was trying to trash? We still don't know and the administration is not making them readily available.

"Just because something doesn't have archival value under those standards doesn't mean that it doesn't have proprietary or confidential information that the state is under records law to not release," Springer said Monday.

The administration says it's a coincidence London's deletion request coincided with the announcement of the alleged Jay Peak fraud scandal, and says none the emails on the chopping block involved EB-5. Those are currently being withheld from the public by the attorney general's office due to the pending litigation.

The secretary of state tells WCAX News he's unaware of the Shumlin administration adopting a written policy that details how records are to be retained and destroyed.