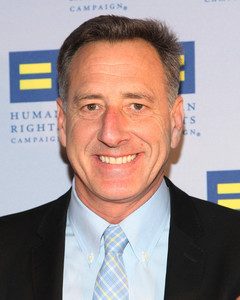 Peter Shumlin is a small business owner, public servant and father of two from Putney, Vermont.

A committed entrepreneur, Peter was the longtime co-director, along with his brother, of Putney Student Travel and National Geographic Student Expeditions, a company that sends students on educational programs and service projects across the globe. He is also a partner in several real estate companies that provide housing and commercial space in Southeast Vermont.

His career in public service began more than 30 years ago when at the age of 24 he was elected to serve on the town’s select board. In 1990, Governor Madeleine Kunin appointed Peter to fill an empty seat in the Vermont House of Representatives, where he served for 3 years. He then served Windham County for 8 terms in the VT Senate and was elected by his colleagues to lead the Senate as President pro tem the majority of that time.

As Governor, Peter is determined to get tough things done. Since his inauguration, he has been working hard to create jobs for those who need them and raise incomes for those who have jobs, control skyrocketing health care costs, expand broadband and cell service to every corner of the state, reduce recidivism, invest in quality education opportunities, and rebuild our roads and bridges. Taken together, these and other key goals represent an ambitious agenda to create a brighter economic future for Vermonters.

Peter is the father of two daughters, Olivia and Rebecca. In his free time he enjoys running, hiking and cross country skiing. He likes to fish, hunt and garden and can sometimes be found spreading manure and cutting hay at his farm.

Peter is the 81st Governor of Vermont.