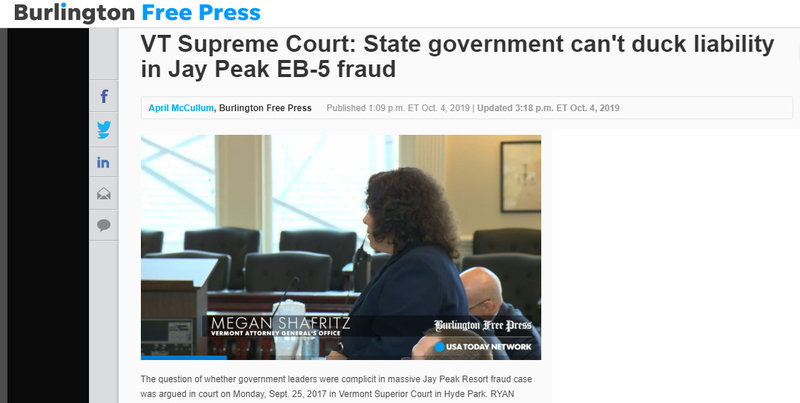 The Vermont Supreme Court has revived a lawsuit against state government by a group of investors in Vermont's largest and most infamous economic development effort, the EB-5 projects tied to Jay Peak Resort.

The investors each contributed $500,000 to the projects, which were led by businessmen Ariel Quiros, and Bill Stenger.

The Vermont Agency of Commerce and Community Development acted as an administrator and overseer of the developments. The state's role lent the projects credibility, and Republican and Democratic governors lauded and supported Stenger and Quiros.

Investors allege that state officials failed to provide oversight and ignored red flags as money was misappropriated from 2008 until 2016.

In the ruling Friday, the Supreme Court said investors had grounds to sue the state for negligence and breach of contract, reversing a lower court's decision to dismiss the lawsuit. The Supreme Court rejected the Attorney General's Office's claim that the state of Vermont and all state officials were immune from liability.

"After inducing plaintiffs to invest in the Jay Peak Projects by promising to provide the 'extra safeguard of state oversight,' ACCD had a duty to provide that promised oversight," Associate Justice Beth Robinson wrote for a unanimous court. 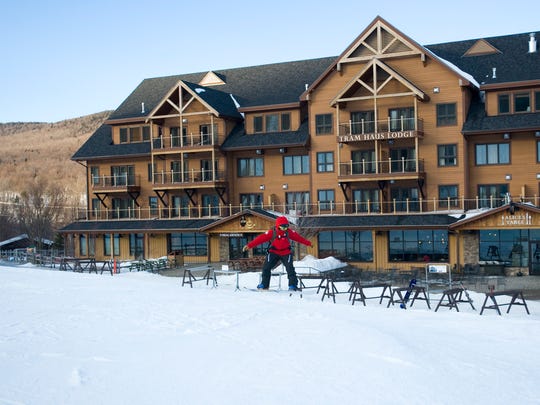 The court said that investors also have grounds to sue Brent Raymond and James Candido, who each formerly served as executive director of the Vermont EB-5 Regional Center, for gross negligence.

The Supreme Court sent the case back to trial court for more proceedings.

"We're pleased that the Vermont Supreme Court recognized our clients' claims, and we’re anxious to move forward and get justice for our clients," said Russell Barr, a Stowe-based lawyer who represents the investors. Barr said the next steps in court would be to request documents and depositions from state officials.

Attorney General T.J. Donovan noted that the Supreme Court had taken no position on the accuracy of the plaintiffs' claims.

"The State looks forward to litigating the remaining claims and is confident the evidence will show that all the claims against the State and its employees must be dismissed," Donovan said in a statement.