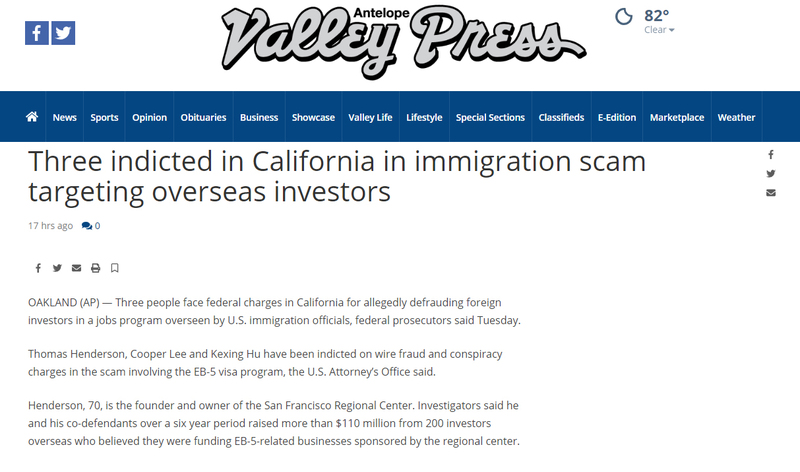 Thomas Henderson, Cooper Lee, and Kexing Hu have been indicted on wire fraud and conspiracy charges in the scam involving the EB-5 visa program, the U.S. Attorney’s Office said.

Henderson, 70, is the founder and owner of the San Francisco Regional Center. Investigators said he and his co-defendants over a six-year period raised more than $110 million from 200 investors overseas who believed they were funding EB-5-related businesses sponsored by the regional center.

It wasn’t known if they have attorneys.

The scheme jeopardized the creation of more than 2,000 jobs in the San Francisco Bay Area, according to officials.