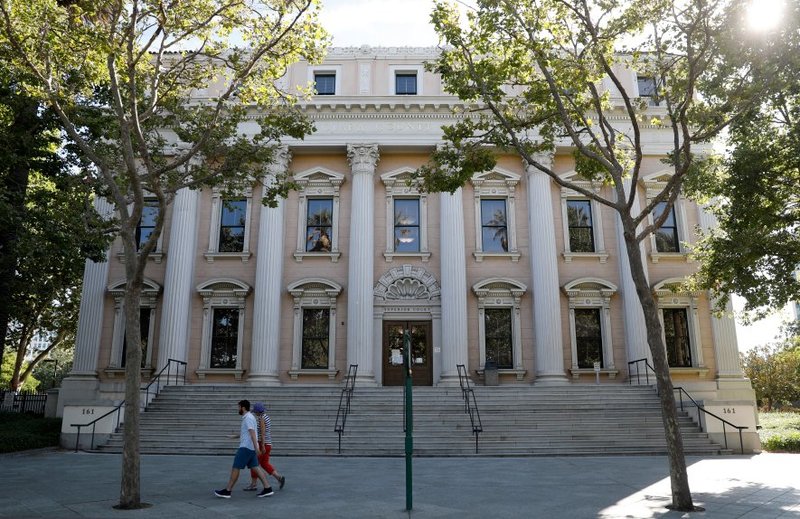 Dozens of Chinese citizens who handed over more than a half-million dollars each to a Santa Clara County businesswoman as investments that would qualify them for green cards under a controversial federal visa program have filed suit accusing the woman of fraud.

The EB-5 visa program, created in 1990 “to stimulate the U.S. economy through job creation and capital investment,” according to the federal government, grants green cards to foreign nationals who create at least 10 full-time jobs by investing in new enterprises. Participants like the Chinese investors who filed the suit must either invest at least $500,000 in a business in a high-unemployment or rural area, or $1 million for enterprises in other areas.

As the popularity of the program has grown, however, it also has stirred controversy and given rise to other legal cases. A desire to scrap the EB-5 visa has emerged as a rare point of bipartisan agreement, with U.S. senators from both political parties claiming the program allows the wealthy to buy their way into the United States.

The lawsuit targets one of the firms in an industry that has sprung up around the EB-5 program, in which foreign citizens put money into federally approved “regional centers” that find investment opportunities and manage investments. Ninety Chinese investors gave $555,000 each to the “Golden California Regional Center,” according to court documents, which included a $55,000 fee to the center. The lawsuit filed by 24 members of the group alleges that Golden California was run by a Santa Clara County businesswoman named Bethany Liou. Liou did not respond to a message left for her at Golden California’s office.

The suit, filed in Santa Clara County Superior Court last month and just made publicly available, claimed Liou and Golden California misappropriated the investors’ money “to unjustly enrich themselves.” It alleges Liou and the center refused to return the investors’ money or answer questions about what became of it after they provided it for the “Cupertino Fund,” a limited partnership with a downtown Palo Alto address, the suit said.

The 24 plaintiffs claimed Liou and Golden California entered into a deal with a real estate developer in 2016, in which the $45 million generated by the full group’s investments were to go from the Cupertino Fund into a real estate development that would qualify them for green cards. But, they alleged, Liou and Golden California told them in December 2018 that the development would not go ahead, and their eligibility for green cards was “destroyed,” the suit claimed.

The investors claim Liou told them their money could be put into another investment vehicle, but when they demanded information about their funds, she sent them a screen shot of a bank statement showing their money in an account owned solely by Liou, the suit alleged. “This caused Plaintiffs to become more concerned,” the suit said and they demanded their money back.

The investors are seeking a court order opening the Cupertino Fund’s books to them, plus unspecified damages.

California Democratic Sen. Dianne Feinstein and Iowa Republican Sen. Chuck Grassley in 2017 introduced legislation to kill the EB-5 program, saying it lacked a reliable way to measure job creation and that many wealthy areas were inaccurately designated as “high-unemployment.”

“The EB-5 program is inherently flawed,” Feinstein said in a press release at the time. “It says that U.S. citizenship is for sale. It is wrong to have a special pathway to citizenship for the wealthy while millions wait in line for visas.”

The bill from Feinstein and Grassley sought to redirect the approximately 10,000 annual EB-5 visas to other programs. The senators’ press release cited several cases involving the visa, including a guilty plea for fraud linked to a purported convention center development in Chicago; a civil fraud case brought by the Securities and Exchange Commission in which Bay Area oil and gas firm Luca International was ordered in 2016 to pay $68 million over an alleged Ponzi scheme targeting Chinese EB-5 investors; and SEC civil fraud charges in 2015 against a woman the agency alleged had raised more than $8 million through the EB-5 program but diverted nearly $1 million for personal use, including the purchase of a boat and two luxury cars.

Earlier this year, a South Bay lawyer and her ex-husband were hit by federal authorities with civil and criminal visa fraud and identity theft charges for allegedly using the EB-5 program to take nearly $13 million in improper commissions and falsifying EB-5 applications. The lawyer, Danhong “Jean” Chen, had lived in Atherton but federal authorities said she fled the U.S. last year. Her ex-husband, Jianyun “Tony” Ye, has pleaded not guilty to the criminal charges and is fighting civil charges by the SEC.