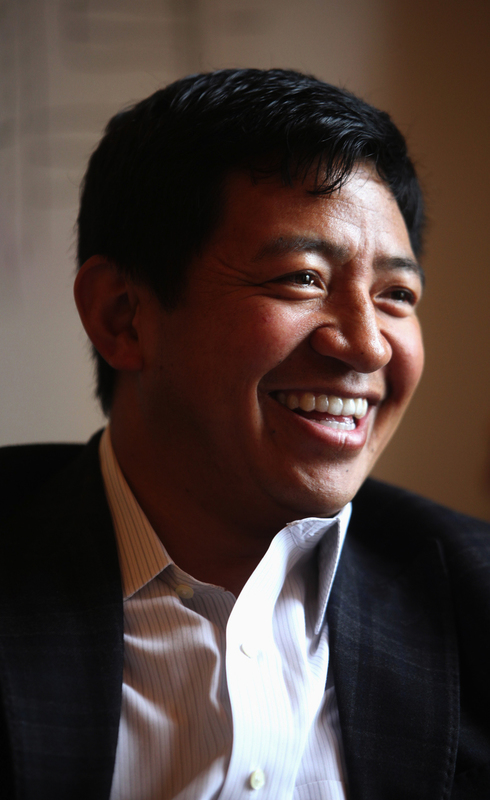 Local developer Lobsang Dargey raised at least $125 million from would-be immigrant investors in a federal visa program, but siphoned off $17.6 million for his own use, federal securities regulators alleged Monday.

Through his companies, Dargey obtained the money from 252 Chinese nationals hoping to get permanent U.S. residency visas under the controversial EB-5 program by investing in two of his Seattle area real-estate projects.

But according to a civil fraud suit filed Monday by the Securities and Exchange Commission (SEC), Dargey diverted millions to spend on a $2.5 million Bellevue home, other real-estate investments and gambling at 14 casinos across the West.

Authorities are seeking to force Dargey to forfeit the Bellevue home and a $6.5 million Shoreline commercial property they allege were improperly bought with immigrant investors’ funds. A temporary injunction freezing the assets of Dargey and his firms was issued late Monday by U.S. District Court Judge James Robart.

Dargey, 41, a Bellevue resident, did not respond to requests for comment Monday.

The former Tibetan Buddhist monk-turned-capitalist heads Everett-based Path America, a federally approved sponsor of EB-5 projects that has real-estate projects in various stages of development in Seattle, Everett, Kirkland and Shoreline. The projects all are branded “Potala” — named after Potala Palace, once the chief residence of the Dalai Lama in Lhasa, Tibet.

The asset freeze was necessary, the SEC said in its complaint, because Dargey recently filed notice of plans to raise another $95 million using the EB-5 program; spent $12,000 of investors’ money in June at casinos; and since September 2013 has transferred more than $3 million to a bank account he controls in Hong Kong. The order also requires any assets Dargey has offshore to be transferred to the court’s custody.

Among other things, the temporary restraining order issued Monday requires Dargey to provide a complete accounting of investors’ funds and mandates that he and his firms cease making fraudulent statements to investors.

The SEC has been cracking down on EB-5 fraud since a high-profile 2013 case in which it alleged a Chicago-area businessman fraudulently sold about $145 million in securities to more than 250 investors, mostly from China.

The Dargey case — the first time such charges involving the EB-5 program have been filed against a Seattle-area firm — offers a rare glimpse into the EB-5 program’s inner workings and vulnerabilities.

The EB-5 visa program allows wealthy foreigners to invest at least $500,000 in a commercial enterprise that creates at least 10 full-time jobs, in exchange for a permanent-residency visa, also known as a green card. China dominates the list of countries from which immigrant investors hail.

Most immigrants seeking EB-5 visas invest with a “regional center,” a federally approved firm that pools capital from immigrant investors and can lend that money to a developer. Washington state has more than 40 such regional centers, triple the number in 2013 and more than any other state except California, Florida, New York and Texas.

In many cases, the same person controls both the regional center raising the EB-5 capital and the commercial project that will spend investors’ money to create jobs.

Dargey, the SEC said, controls the bank accounts of Path America as well as the real-estate projects funded by investors.

According to the SEC, the Chinese investors in Dargey’s projects each wired $500,000 to an escrow account in California and a $45,000 “administrative fee” to an account in Hong Kong.

After the immigrants filed their visa petition with the U.S. government, the escrow agent released $400,000 of each investor’s money to Dargey’s EB-5 projects, with the rest held until the government approved the investor’s application for an EB-5 visa.

But investors can have their petition denied by the federal government if their funds are used for a different project from the one in their original plan. If money was diverted to other projects by Dargey, their applications could be in jeopardy, the SEC said.

By not informing the investors that the money was going elsewhere, the SEC alleges, Path America’s securities offerings to investors contained “materially false and misleading statements.”

From February 2012 to April last year, Path America raised $41 million from 82 Chinese nationals for two partnerships behind Potala Farmer’s Market, a hotel, apartment and retail project in Everett, according to the SEC.

And beginning in November 2013, Path America has raised $85 million from 170 Chinese nationals for Potala Tower, a downtown Seattle project, the SEC said. Dargey’s firm has sought to raise a total $122 million from 244 investors for the hotel-and-apartment tower.

Investors’ funds were kept in bank accounts set up specifically for those two projects. But, the SEC alleged, Dargey used investors’ funds as his personal piggy bank:

• In September 2014, he tapped investors’ funds to buy the Bellevue home at 2560 109th Place Northeast. The listing brags the home comes with “a 5 car Hot Rod shop with a loft.”

• From last October to May this year, he transferred funds meant for Potala Tower to buy the Shoreline property where Path America says it is building Potala Place Shoreline, an apartment complex.

• From July 2012 to August last year, Dargey transferred a total of about $7.5 million from funds intended for the Seattle and Everett projects to an account for a Kirkland project. In August 2014, Dargey used $4.25 million of the funds to buy property in Kirkland.

• Between 2012 and June 2015, Dargey withdrew about $300,000 in cash from the investor funds. More than two-thirds of those withdrawals were made at 14 gambling establishments, ranging from top Las Vegas casinos like the Bellagio to Washington’s Tulalip Resort Casino and others in California and British Columbia.

“Born next to a pig”

Over the years, Dargey has cultivated an image as a modern-day Horatio Alger, having once told a reporter he was “born next to a pig” and rose to become a real-estate developer. He has hobnobbed with politicians at the highest levels of government, posting a photo of himself with Vice President Joe Biden and Sen. Maria Cantwell on Path America’s website in China.

Lt. Gov. Brad Owen, who last year took a business trip to Shanghai paid for by one of Path America’s affiliates, said Monday it was “incredibly, incredibly upsetting” to hear that Dargey is being accused of fraud.

On a trip to China in May 2014, Owen cited Path America’s Seattle project as the result of “a modest investment” that provides visas for Chinese immigrants and generates new jobs.

“When completed this summer, Path America’s magnificent Potala Tower EB-5 project in downtown Seattle will serve as 41-story testament to how foreign investment can create both jobs and elegance in our state,” Owen said, according to a transcript.

At the time, Dargey was trying to raise millions of dollars from investors for the Potala Tower. The site in Seattle’s Belltown neighborhood has a construction crane and is currently being excavated.

On its website, Path America lists six projects in its real-estate portfolio, but most aren’t ready. Those shown as ready include two in Everett, The Chicago Title Building at 3006 Colby Ave. and the Everett Public Market at 2804 Grand Ave.