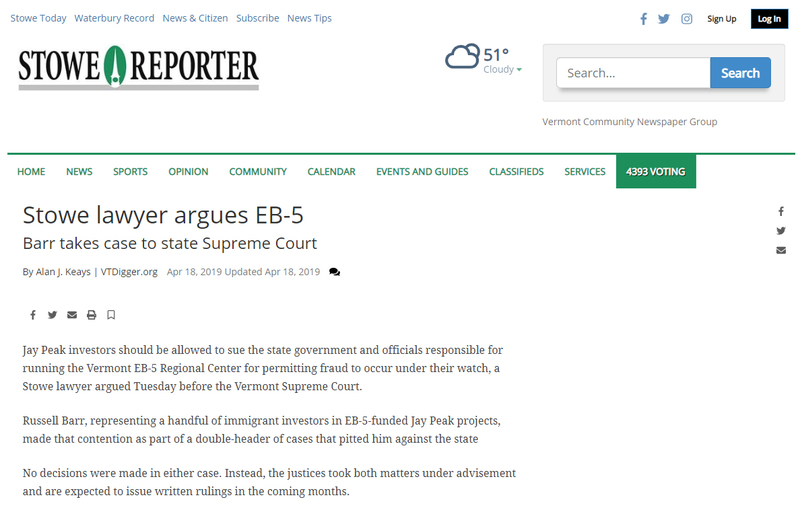 Jay Peak investors should be allowed to sue the state government and officials responsible for running the Vermont EB-5 Regional Center for permitting fraud to occur under their watch, a Stowe lawyer argued Tuesday before the Vermont Supreme Court.

Russell Barr, representing a handful of immigrant investors in EB-5-funded Jay Peak projects, made that contention as part of a double-header of cases that pitted him against the state

No decisions were made in either case. Instead, the justices took both matters under advisement and are expected to issue written rulings in the coming months.

Barr told the five Supreme Court justices that, under a federal program, EB-5 regional centers, like the one in Vermont, must promote economic growth.

“Is your theory really that, in order to do that effectively, you have to oversee the projects within your purview to ensure that no one is pilfering investor money?” Justice Beth Robinson asked him.