Is the state of Vermont responsible for the alleged Kingdom Con? 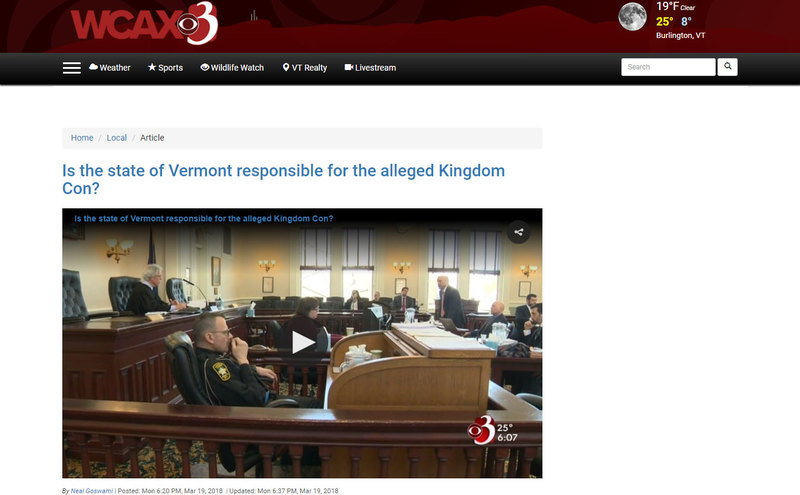 The state and the Federal Securities and Exchange Commission allege former Jay Peak owner Ariel Quiros used foreign investor funds to enrich himself. In court Monday, investors argued the state is also culpable. Judge Thomas Carlson appeared to be skeptical of the investors' suit, questioning their attorneys extensively. And he cut off attempts by the investors' attorney to add new allegations.

Vermont Assistant Attorney General Benjamin Battles says the complaint against the state and 10 state officials has no merit.

"There is no allegation that any defendant was unjustly enriched at a plaintiff's expense," Battles said.

Battles argued Monday that the state and state officials are immune under the law, and the investors' complaint provides no specificity about wrongdoing by individuals.

"There's just a failure to differentiate and put the defendants on notice of what they're actually being accused," Battles said.

Russell Barr, the attorney for the investors, says the immunity claim does not apply. He says state officials essentially ran a private entity under the authority of the federal government. Vermont's EB-5 Regional Center is the only one out of 1,200 that is run by a state and not a private company.

The plaintiffs also allege that when the state took on the task of running the EB-5 program it had a duty to do so without negligence. The investors say the case must be allowed to go forward to explain how the fraud occurred.

"We have the right to go and pursue this discovery. This state cannot survive if we do not get discovery on this. This is a black eye on our nation, it is a black eye within this program," Barr said.

Barr made explosive new charges involving the conduct of state officials during a promotional trip to China. But those allegations came outside the courtroom. The judge wouldn't hear them because they are not in the complaint. And Barr didn't offer any evidence to substantiate the claims, so we are not reporting the details.

"This is information that is emerging, unfolding and it's been very hard to get to the truth simply because you have state officials that have done their very best to hide this," Barr said.

The investors' attorney says they will seek to amend their complaint in the next two weeks to include the new allegations.