The former director of Vermont’s EB-5 Regional Center defended his ethics Thursday, following a statement from the governor’s office that implied he may have violated the state’s ethics code by accepting a job at Mount Snow.

“I had counsel review whether or not accepting a position at Mount Snow violated any ethics rules. It did not,” Raymond said.

The ethics rules say a former state employee is barred from lobbying on behalf of a for-profit or not-for-profit entity he or she previously interacted with, Raymond said.

“I will not be lobbying any division or agency of the state on behalf of Mount Snow,” he said.

The Burlington Free Press reported Monday that Raymond had resigned as Vermont’s director of international trade, where he oversaw the state’s EB-5 immigrant investor program. He said he would take a new job at Mt. Snow, working on the resort’s EB-5 project.

Under the federal EB-5 program, foreign investors have the potential to receive a permanent green card, and citizenship, by investing in projects in the United States that create 10 full-time jobs.

On Tuesday, Gov. Peter Shumlin’s office issued a statement saying the governor “has concerns about the potential for a conflict of interest in this decision,” meaning Raymond’s decision to leave the Regional Center for Mount Snow. 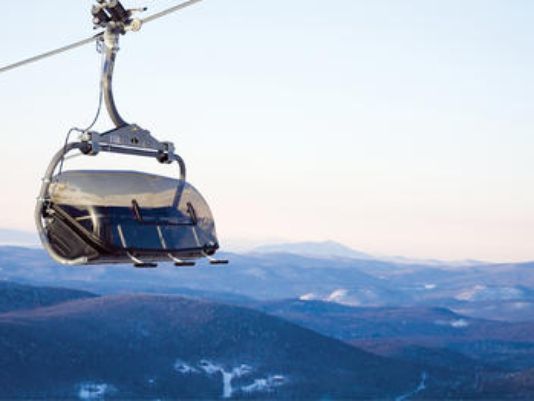 “As soon as the Governor’s Office was made aware of this development, we made very clear that the employee should cease working in his capacity as director of the Regional Center immediately,” the statement continued. “The Governor has also asked ACCD to review the communications leading up to this departure to ensure that all actions were in compliance with the Executive Code of Ethics and conflict of interest policies.”

On Monday, the Free Press reported Pat Moulton, secretary of the Agency of Commerce and Community Development, said Raymond gave 30 days notice when he resigned on July 14, but that he had left the agency immediately to avoid an appearance of a conflict of interest. The state Regional Center is an ACCD program.

Raymond is being paid during his 30-day notice period.

Brent Raymond pointed out Thursday that his predecessor as director of the Regional Center, James Candido, resigned in 2012 to take a position with a private equity firm in Boston that has an EB-5 project in Montana. Candido’s ethics were never questioned, Raymond said, and he was allowed to stay at the Regional Center after he gave notice. EB-5 projects across the country compete for investors. There are nearly 700 regional centers with projects, most of them privately held.

Candido is a director of EB-5 Investments for CrossHarbor Capital Partners LLC, and was a featured speaker at a U.S. Investment Summit in Doha, Qatar in February. CrossHarbor has an EB-5 project called YellowStone Club, a private residential club, ski resort and golf resort in Big Sky, Montana.

Asked about Candido, Pat Moulton said he was a “classified” employee, as opposed to Brent Raymond, who was an “exempt” employee. As a classified employee Candido “did not have the same level of oversight that Brent had,” Moulton said

Moulton also said conditions surrounding the EB-5 program changed during the years separating the tenures of Candido and Raymond as directors of the Regional Center.

“Quite frankly the complexity of the program at that time was a lot looser, with a lot less expectation of oversight by us,” she said.

Brent Raymond took Mount Snow to task in a June 17, 2015, email released to the Free Press under a public documents request. In the email, addressed to Moulton and other state officials, Raymond says he required Jay Peak to take down images of EB-5 projects that had yet to be approved at a national conference of the American Immigration Lawyers Association.

Jay Peak has the largest EB-5 program in the state, with projects at the ski resort and in Newport, several of which have run afoul of the Regional Center for poor investor relations and other complaints.

“I’ve also previously had Mount Snow take down their marketing at an AILA national conference 3 years ago, just after I had become Director of the VT EB-5 RC,” Raymond wrote.

Raymond said Mt. Snow was working at the time with Rapid USA Visas, a Florida-based firm that works with potential EB-5 investors.

“Not only did I have them take down their marketing at the AILA conference but we would not approve their project until they broke business relations with Rapid Visa who we suspected of violating SEC Broker Dealer and general solicitation rules when they worked with Jay Peak,” Raymond wrote in the email.

Rapid USA Visas was unable to be reached for comment.

Raymond said Thursday he would have to “leave the state” for employment if he was barred from working for companies he had interacted with as director of the Regional Center and as international trade director.

“I was born in Franklin County, Vermont, and many of my friends have left the state because they feel they cannot make the living they need to make for themselves and their families in this state,” Raymond said. “I joined the Agency of Commerce because of the leadership that I observed under Lawrence Miller and Pat Moulton. I wanted to try to help Vermont businesses and Vermont’s economy.”