The director of the EB-5 Vermont Regional Center has resigned to take a job overseeing an EB-5 program at Mount Snow, raising concerns from Gov. Peter Shumlin about the relationship between the now-former state employee and the business operations he was supposed to oversee.

Brent Raymond submitted his resignation last Thursday, Secretary of Commerce and Community Development Patricia Moulton said. Raymond provided for 30 days notice in his resignation letter, but Moulton said she and other officials determined Raymond could not continue to oversee projects because he would soon be advocating for one. His last day on the job was Monday. 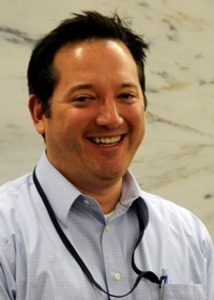 “His departure is amicable. We felt because he’s going to work for an EB-5 project he couldn’t remain on the job and work with other EB-5 projects,” Moulton said.

Raymond will continue to be paid for another 30 days, Moulton said, but is no longer employed by the state to “avoid any conflicts.”

“He fully understood that,” she said.

The Burlington Free Press was the first to report Raymond’s departure.

Gov. Peter Shumlin’s office weighed in on the matter Tuesday, saying the governor is concerned about potential conflicts emerging from Raymond’s pending position with Mount Snow.

“The Governor has concerns about the potential for a conflict of interest in this decision. As soon as the Governor’s Office was made aware of this development, we made very clear that the employee should cease working in his capacity as director of the Regional Center immediately. We fully expect all appointees and former appointees to comply with the Executive Code of Ethics,” spokesman Scott Coriell said in an email. “The Governor has also asked ACCD to review the communications leading up to this departure to ensure that all actions were in compliance with the Executive Code of Ethics and conflict of interest policies.”