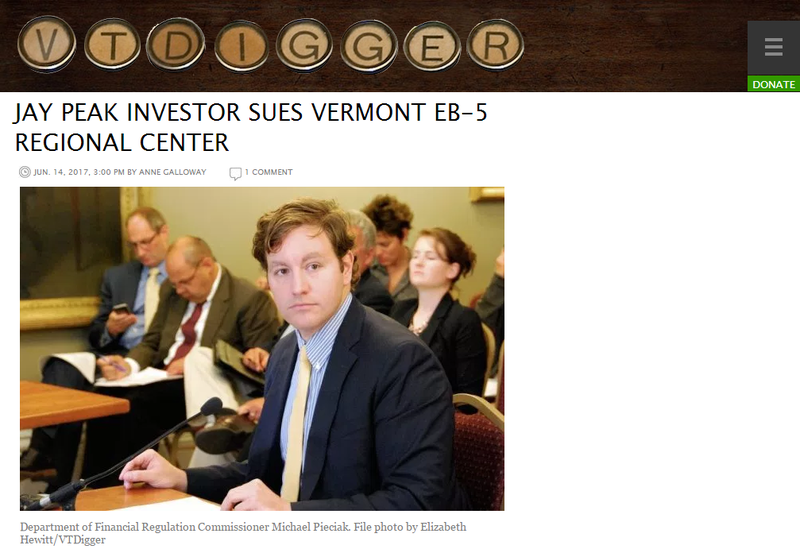 A Jay Peak investor is suing the state over allegations that officials covered up a $200 million Ponzi-like scheme in which more than 800 EB-5 immigrant investors were defrauded.

In the civil complaint, Tony Sutton, an investor from London, charges that three state entities and 10 current and former state officials were at best “grossly negligent” and at worst intimately involved in a conspiracy to cover up their joint improprieties. 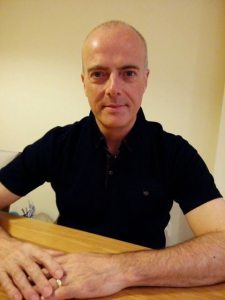 Tony Sutton, an investor in the Tram Haus Lodge at Jay Peak Resort.

The state did not call the Jay Peak developers to account, despite evidence that Ariel Quiros, the owner of the resort, and Bill Stenger, CEO of the company, were defrauding investors, the lawsuit alleges.

Instead, state officials attempted to cover up their complicity in the fraud, Sutton says.

The 16-count class action lawsuit alleges that the state failed to perform due diligence in reviewing the projects, failed to monitor the projects, violated securities laws, profited at the expense of investors, misrepresented its oversight role to investors, and failed to follow up on red flags that would have uncovered the scheme.

The Vermont EB-5 Regional Center, which was responsible for administering and monitoring the Jay Peak projects, refused to hold the developers accountable in 2014, Sutton alleges. When investors complained to state officials about fraudulent activity, the regional center director and others at the Agency of Commerce and Community Development defended the developers and rebuffed investors’ demands for help.

“We made no demands but just asked the VRC for help as none was provided by Jay Peak themselves,” Sutton said by email. “As is well documented the VRC did everything but help us. In fact, quite the opposite. It is mystifying why the State of Vermont appears to be holding no one accountable.”

Sutton’s case comes three years after he first brought allegations of fraud to the attention of state officials.

His allegations were borne out in a 52-count securities fraud case brought by the Securities and Exchange Commission in 2016. Federal regulators charged Quiros and Stenger with misusing $200 million out of $440 million they collected from immigrant investors under the federal EB-5 visa program for eight projects in the Northeast Kingdom. The state Department of Financial Regulation helped uncover the complicated scheme.

A year later, the financial services firm Raymond James, which allowed Quiros to borrow against investor money to place bets on the stock market, settled with the investors for $150 million.

Sutton’s law firm filed the civil suit Tuesday in Lamoille County Superior Court. He is being represented by Barr Law Group based in Stowe. The principal of the firm, Russell Barr, is the owner of Stowe Aviation, which recently pulled out of the Vermont EB-5 Regional Center program.

The state entities listed include the Vermont EB-5 Regional Center, the Vermont Agency of Commerce and Community Development and the Department of Financial Regulation. The individual defendants are James Candido, Brent Raymond and Eugene Fullam, the former directors of the regional center; Joan Goldstein, the interim director of the center; William Carrigan, deputy commissioner of the Securities Division; Michael Pieciak and Susan Donegan, the current and former commissioners of the Department of Financial Regulation; Patricia Moulton and Lawrence Miller, former secretaries of the commerce agency; and John Kessler, general counsel for the commerce agency.

Michael Schirling, the secretary of the commerce agency, said in a statement that state officials have been “made aware of a draft complaint against the State and others regarding the Vermont Regional Center.”

“We will review and respond to the complaint if and when it is formally received,” Schirling continued. “We continue to support the projects in the Vermont Regional Center and, with regard to Jay Peak, are working closely with the federal receiver, Michael Goldberg, to ensure the best possible outcomes for investors and impacted parties. Unfortunately, we cannot comment in greater depth on a matter anticipated to be in litigation.”

Barr alleges that instead of providing diligent oversight of the Jay Peak projects, as advertised to investors, the Vermont Regional Center “took an active role in the Ponzi-scheme out of self-interest, self preservation, personal gain and protection of their Jay Peak partners.”

Most alarmingly, the center covered up evidence provided by a former business partner who blew the whistle on financial improprieties at Jay Peak in May 2012, Barr charges in the lawsuit. State officials then went to great lengths to discredit the whistleblower.

“The Vermont Department of Financial Regulation has chosen not to investigate the state’s involvement in the largest fraud in the history of the national EB-5 program,” Barr said. “Their very own documents — memoranda of understanding, specifically — lay out their obligation to administer, manage and monitor the projects, and they clearly didn’t even do a cursory review of Jay Peak going back a decade.”

INVESTORS BELIEVED ‘IN THE FALLACIES’ PEDDLED BY THE STATE

The EB-5 program is a green card program for immigrants who invest $500,000 in an at-risk development in an impoverished area of the U.S.

State officials, including Gov. Peter Shumlin, Gov. Jim Douglas, Sen. Patrick Leahy, D-Vt., and Rep. Peter Welch, I-Vt., actively promoted the projects at Jay Peak, effectively lending their credibility to the developers. All four traveled to Asia over the years to talk with investors about the expansion of the ski area, located on the Canadian border. Leahy and Shumlin wrote letters of support for a planned biomedical center facility.

Vermont has the only state-run EB-5 program in the nation and state officials touted the state’s good government reputation as an asset for investors.

The lawsuit says the Vermont Regional Center “billed itself as an attractive option for development and foreign investment because of its superlative ‘oversight powers’ as a state agency and because of overwhelming investor confidence that came from the VRC’s ‘stamp of approval.’”

In promotional materials and in conversations with investors, Bill Stenger, the CEO of Jay Peak, emphasized that the projects were audited by the state. Then-Gov. Peter Shumlin underscored that assertion in an October 2013 video produced for Jay Peak by his former chief of staff, Alex MacLean, who went to work for Stenger in January that year. The video was translated into Chinese, and it was featured in communications with investors through 2014. Jay Peak materials and website pages about the projects bore the state logo, and the faces of state politicians were sometimes included in promotional fliers.

In agreements with Stenger, and his partner, Ariel Quiros, officials signed off on promises to monitor, manage and administer each of the eight projects approved by the regional center.

Investors assumed, based on representations made by state officials, that the projects had been audited, Barr writes.

A dozen investors interviewed by VTDigger have said they would not have invested in Jay Peak without the state of Vermont’s stamp of approval.

Immigrant investors bought into in the Jay Peak projects in good faith, Barr writes, and they made personal sacrifices to do so, liquidating their assets and pulling up stakes in their home countries.

“Many of these immigrant investors came from countries that are mired in corruption,” Barr wrote in the lawsuit. “For these investors, the EB-5 program involved an opportunity to escape that corruption for themselves and their families.”

He writes that the investors were all drawn to Vermont “by the promises of accountability, legitimacy, oversight, and the gold-star standard trumpeted by the VRC Team and its Jay Peak project.” The center promoted its diligent oversight, review and pre-approval of EB-5 projects.

But that oversight never happened, according to the lawsuit. State officials did little more than promote the projects. Required quarterly reports were never filed over the course of a decade, and Jay Peak did not pay administrative fees to the state, Barr alleges.

When Tony Sutton, and other investors in a hotel at Jay Peak, found out in May 2014 that Stenger and Quiros had seized their ownership stakes in the property, they were shocked, and they immediately turned the Vermont EB-5 Regional Center for help. But their complaints fell on deaf ears.

VTDigger reports in 2014 about the developers’ abuse of the Tram Haus investors and revelations that state officials defended Stenger and Quiros’ actions spurred an agreement in which state regulators took over management of the financial review of EB-5 projects in January 2015.

The false promises and “decades long cover-up” of the Jay Peak fraud “have thrown all that they invested and sacrificed into an abyss,” Barr writes. Many of the investors, he writes, may be “forced out of this country to start over in the countries they left behind.”

Ultimately, the investors were defrauded of their investments by the developers under the state’s watch, the lawsuit alleges. The immigration status of more than 400 Jay Peak investors is in limbo because of the fraud, according to the SEC.