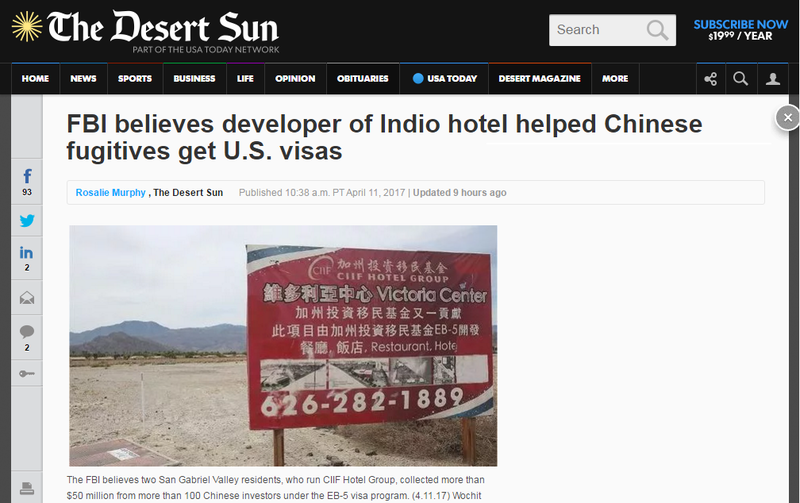 For years, signs in English and Mandarin have announced a forthcoming hotel and commercial plaza, Victoria Center, near a bustling commercial district on the edge of Indio and La Quinta

The developer, CIIF Hotel Group, is actively working toward securing their building permits, according to the city. But authorities now suspect CIIF Group of defrauding the investors who gave the company its capital, as well as the U.S. government, in a scheme based on a controversial visa program.

According to court documents, the FBI believes San Gabriel Valley residents Victoria Chan and her father, Tat Chan, run CIIF Hotel Group and several other companies. Investigators also believe they collected more than $50 million from more than 100 Chinese investors who were seeking permanent residency in the U.S. under the Immigrant Investor Visa, or EB-5, program.

EB-5 allows wealthy foreigners to invest at least $500,000 in a development project that creates at least 10 permanent jobs, and receive a green card in exchange. 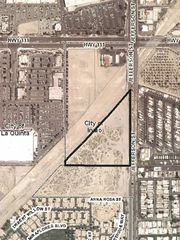 The location of a proposed hotel and commercial project on Jefferson Street in Indio.

Investigators allege that the Chans violated the provisions of the visa program, proposed projects that never came to fruition and, in some cases, used millions of investment dollars to buy houses for themselves.

They also claim that CIIF accepted payments and arranged visas for people who were wanted fugitives in China.

Neither Victoria nor Tat Chan have been arrested or charged, according to court records.

The allegations were first reported by the Los Angeles Times.

In 2012, CIIF Hotel Group, a Chan-linked company, paid $2.25 million for a triangle-shaped piece of property on Jefferson Street south of Highway 111, according to court documents.

City records show they proposed to build a four-story hotel and several restaurants. The project's entitlements were scheduled to expire in January 2017 when the city granted the developer a one-year extension.

Indio Development Director Les Johnson said he and other city employees were interviewed by the FBI in December about the status of the project.

In court documents, investigators allege that none of the company's promised projects, backed by Chinese nationals who received visas in exchange for their investments, ever broke ground — not in Indio, City of Industry, Ontario or Rancho Cucamonga, where the group also purchased land.

Indio's planning commission approved plans for Victoria Center, which included a 120-room hotel and two restaurant and commercial buildings on about 6.4 acres, in January 2015. Two years later, in January 2017, the city approved a one-year extension of the project's entitlements. 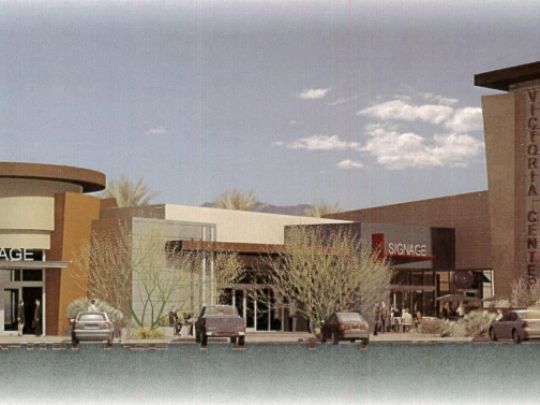 A rendering for an Indio development from CIIM Hotels, a company whose owners are being investigated for fraud.

A staff report for the Jan. 25 planning commission meeting said that CIIF Hotel Group had submitted construction plans for all three buildings to the city.

Johnson confirmed that CIIF's construction plans are currently under review.

"Until directed otherwise, we're going to continue to remain hopeful that the project moves forward. It's a very nice project," Johnson said. At present, he added, the development is "very close to being ready for permit issuance."

The Immigrant Investor Visa, or EB-5, program was created in 1990, and its popularity has exploded in the last five years, as has its criticism. News reports and government officials alike have accused the program of failing to properly vet applicants or create the jobs it's supposed to. 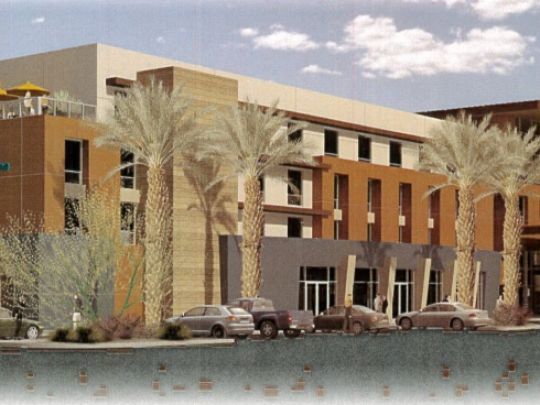 A rendering for an Indio hotel from CIIM Hotels, a company whose owners are being investigated for fraud.

The documents The Desert Sun reviewed in this case are a search warrant signed by a Los Angeles judge, allowing the FBI to search several homes and vehicles owned by the Chans, and a lengthy affidavit in support of the warrant from an FBI investigator who spent two years researching CIIF and its companies.

The affidavit says CIIF was established as a "regional center" – a company that would collect money from EB-5 investors, funnel it into real estate projects, and then help investors obtain their visas.