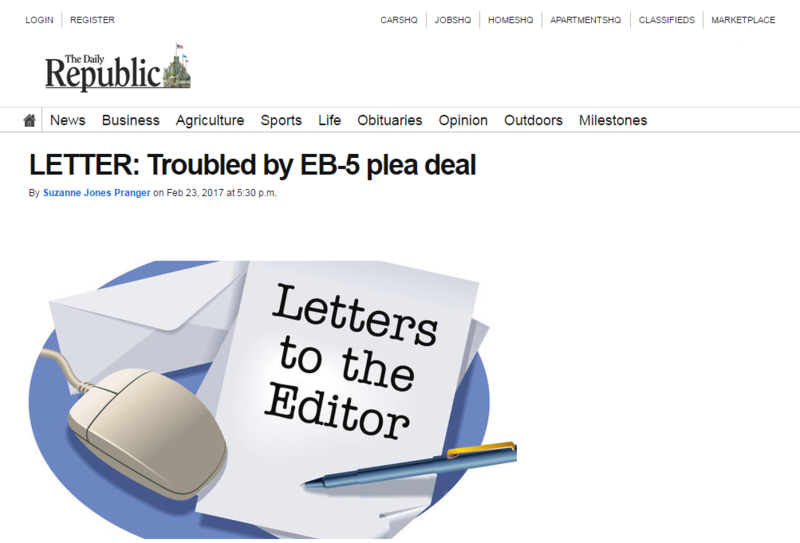 The only man ever charged with a crime in connection with South Dakota's EB-5 scandal accepted a plea deal recently that will allow him to avoid spending a day in jail.

It really is no surprise that Attorney General Marty Jackley, after a politically motivated, year-long delay in bringing charges against Joop Bollen in the EB-5 corruption scandal, let Bollen off the hook with a lenient plea deal that only required Bollen to plead guilty to one of five charges against him.

Bollen, a former employee of the state who benefitted from state contracts after leaving government, misused hundreds of thousands of South Dakota taxpayer dollars, spending it on things like ancient Egyptian artifacts. Worse yet, an individual ended up dead in the fall out from the scheme. Yet Jackley's agreement with Bollen means that no one will spend a day in jail for the corrupt activity.

Another troubling result of AG Jackley's plea deal with Bollen is that the public will now get even less information about the EB-5 scandal because no trial will take place to expose the facts to the public. Once again, the Republican establishment in Pierre is sweeping corruption under the rug.