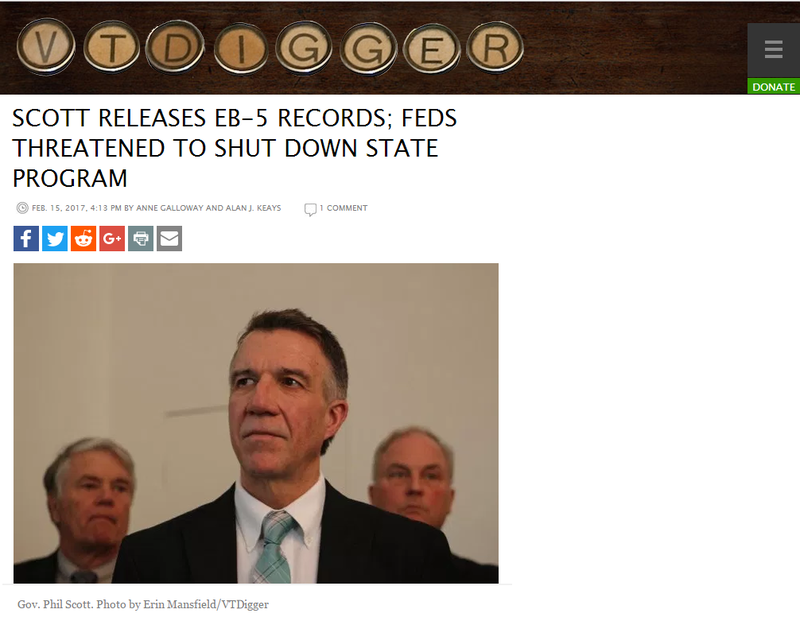 The Scott administration on Wednesday released communications sought by VTDigger in a lawsuit between the state and the federal government regarding a massive development at Jay Peak Resort, which is at the center of the largest EB-5 immigrant investor fraud case in the nation’s history.

In addition, Gov. Phil Scott has ordered the release of questions raised by the U.S. Citizenship and Immigration Service in a letter to state officials on July 17, 2016.

The documents, previously withheld by the Shumlin administration, show that federal immigration officials have considered closing the state’s EB-5 regional center. USCIS raised questions about state oversight of the Jay Peak projects and told state officials that if “additional information and evidence” was not provided, a “notice of intent to terminate” would be issued to the Vermont EB-5 Regional Center.

Scott plans to release more records in the near future from the Shumlin administration, which oversaw the state EB-5 program when red flags about the alleged fraud at Jay Peak first emerged in 2012.

Rebecca Kelley, the communications director for Scott, said in a statement that the governor wants “to restore faith and trust in government and in the EB-5 program, which he believes should continue to be a tool in our toolbox.”

Scott and his legal counsel, in consultation with the Department of Financial Regulation, will develop a plan to expedite “the release of additional documents that will not compromise the legal case, and expects to have that plan by the end of next week,” Kelley wrote.

Tim Cornell, of Cornell Dolan law firm, which represents VTDigger, says the release of the records “is a huge service to the people of Vermont. It’s clear that what Shumlin administration officials were trying their hardest not to disclose is their incompetence.”

“From the tone of the inquiry, it is clear that the federal government is deeply disturbed at the way the state has handled the EB-5 program,” Cornell said. “And it is also clear from the state’s response that the Vermont EB-5 program is in real jeopardy.

Mike Pieciak, the commissioner of the Department of Financial Regulation, said since the state filed its response with USCIS, a number of green card applications have been approved by federal immigration officials for two projects unrelated to the Jay Peak fraud — Seldon Technologies and Mt. Snow.

“The success of those adjudications indicate that the Vermont EB-5 Regional Center is in business as usual mode with USCIS,” Pieciak said in an interview.

Pieciak said the state has not received an official response or follow up from USCIS to the state’s Aug. 25, 2016 letter.

The Vermont EB-5 Regional Center, which was first authorized by the federal government in 1997, is responsible for promoting and overseeing EB-5 immigrant investor programs in Vermont. The state EB-5 center is part of a national program that allows immigrants to invest $500,000 in an authorized development in exchange for a green card. Each investment must create 10 jobs. The Jay Peak projects were the first to be approved by the state-run program.

In April 2016, the state and the Securities and Exchange Commission brought lawsuits against Jay Peak’s Ariel Quiros and Bill Stegner, the resort’s former president, alleging the two men misappropriated $200 million of $350 million raised through the EB-5 program. The money was raised over an eight-year span to fund massive redevelopment projects at Jay Peak, as well as the Northeast Kingdom towns of Burke and Newport.

Pieciak said the Scott administration wants to be transparent and decided the release of the records would not have an impact on the state’s securities case against the Jay Peak developers.

The commissioner will be presenting a plan to the governor next week regarding the release of other state EB-5 records to the public.

“It’s clear that the governor intends to err on the side of transparency in making the documents available to the public,” Pieciak said. “Our overarching concern has been not harming the case. it is one of the most complex financial cases the state has ever handled.” 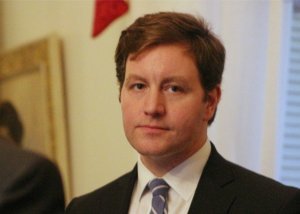 Mike Pieciak, commissioner of the Department of Financial Regulation. ​

VTDigger sued for the records in October 2016, which were first withheld altogether by the Shumlin administration, then released, heavily redacted, a month later. The news organization agreed to drop a lawsuit against the state last week after the Vermont Attorney General’s office released a Vaughn index describing the material that had been wholly redacted. In a list of reasons for withholding the information, the attorney general said the information was relevant to the state’s case against the Jay Peak developers.

Lia Ernst, a lawyer for the Vermont ACLU who was co-counsel in the records case for VTDigger, said the disclosures “highlight the fact that the litigation exemption is far too blunt an instrument, allowing agencies to withhold records as relevant to litigation without requiring a showing that disclosure would have any impact whatsoever on the litigation.”

“In this case, for example, some of the records that the state chose to withhold reflected information already in the public record that could not possibly compromise its ongoing lawsuit,” Ernst said. “All too often, agencies withhold records because they can, without ever asking whether they should. The breadth of the litigation exemption unfortunately allows this result, severely undermining the accountability and transparency purposes of the public records act.”

WHAT STATE KNEW WHEN

The state and federal lawsuits brought in April against Stenger and Quiros, as well as problems with another EB-5 project in Windsor, prompted the inquiry, according to the federal agency.

“(I)ssues have come to our attention that require additional information or evidence in order to demonstrate that your Regional Center is continuing to promote economic growth,” the letter from USCIS stated.

USCIS asked specific questions about why incorrect numbers were submitted in the state’s 2014 application, how jobs were counted, how much money was shorted for projects as a result of the fraud, whether incomplete projects (AnC Bio Vermont and the Stateside condos, a medical center, a guest recreation center) would be built as promised, and whether there would be sufficient job creation to support green cards for all of the EB-5 investors.

The responses largely consist of general statements about the projects that have already been reported by the news media. Answers to more specific questions raised by federal immigration officials are often incomplete.

Patricia Moulton, the former secretary of the Agency of Commerce and Community Development, writes that the state led the SEC investigation into alleged fraud and took steps to “enhance” oversight of the Vermont EB-5 Regional Center by ceding responsibility for the securities regulation aspect of the immigrant investor program to the Department of Financial Regulation. 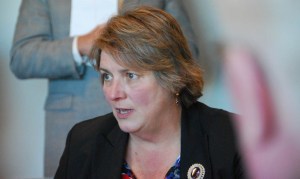 Secretary of the Agency of Commerce and Community Development Patricia Moulton

The newly released documents do provide a glimpse into the timeline of when the state said it knew about possible problems with the EB-5 funded project headed by Quiros and Stegner.

However, the state’s timeline appears to contradict previous VTDigger reporting.

The timeline is important, in part, because both Stenger and Quiros have challenged the statute of limitations, which range from five to seven years, on the allegations brought against them.

The Agency of Commerce and Community Development stated in a response to USCIS that it first became concerned about the AnC Bio Vermont project in late 2013.

“As a result of these concerns ACCD increased its attention on the adequacy of the Jay Peak Biomedical disclosures to investors, suspended fundraising activity for that project, required funds raised for that project as well as the Burke hotel project to be placed in escrow, involved DFR to bring its regulatory and enforcement authority to bear, and cooperated, along with DFR, with the SEC in its investigation,” the response stated.

That timelines is different from previous VTDigger reports, which reported that state officials ignored warnings signs well before late 2013.

It was in May 2012 that Douglas Hulme, owner of the EB-5 consulting firm Rapid USA Visas, contacted state officials, public records obtained by VTDigger show.

Emails among Hulme, Stenger and Lawrence Miller, then secretary of the commerce agency, reveal that Hulme’s warning went unheeded. Instead, the state sought to discredit his company.

His concerns about the business practice associated with the EB-fund Jay Peak development projects became a big part of the allegations contained in the federal lawsuit brought by the U.S. Securities and Exchange

Month later, after Hulme issued his warning about the AnC Bio project, in the fall of 2012, Stenger, announced a more than $500 million plan for Newport at event that included Gov. Peter Shumlin and the three members of Vermont’s congressional delegation.

That Newport plan included the redevelopment of a portion of the city’s waterfront and tearing down a downtown block and replacing it with a new multi-use office building. The plan also included the AnC Bio project to be located at the former Bogner plant site, just outside Newport’s central business district.

Another red flag also emerged in 2012. That’s when, AnC Bio Korea, an affiliate company of AnC Vermont, which head been in financial trouble for years, hit a particularly difficult time. Its stock dropped and in May of that year creditors took ownership of its Seoul headquarters.

Alex Choi, then CEO of AnC Bio Inc, was arrested on charges of stock manipulation , corruption and embezzlement of $10 million from the company in September 2013, according to a report in the Korea Herald.

Choi and Quiros were partners in a number of companies, including Jay Construction Management and Q Resorts, a holding company owned by Quiros.