Senators rekindled efforts Wednesday to establish a State Ethics Commission. They also debated rules that would prevent lawmakers and high-level state employees from lobbying after they leave office and prohibit contractors who do business with the state from making campaign contributions.
Last year, lawmakers failed to pass ethics legislation in both chambers.

Sen. Jeanette White, chair of the Senate Government Operations Committee, blamed the Senate for leaving the House too little time at the end of the 2016 session to adequately consider a watered-down, Senate-passed bill.

“It was our fault,” White said. 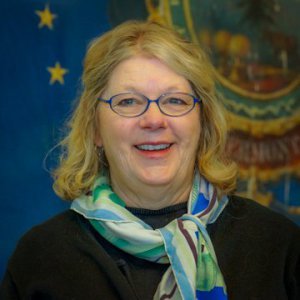 White has made passing a new ethics legislation a high priority for her committee this year. This year’s bill, S.8, is similar in many ways to the bill that passed the Senate last year, with one major exception: It includes restrictions on campaign contributions by companies and individuals with state contracts.

White said she made the bill a priority for her committee because she’s “tired of people yelling that we didn’t have any ethics legislation. I wanted to get it done so we can get on to other things.”

Despite unprecedented allegations of criminal and ethical behavior that surfaced last year, White has been skeptical of the need for a commission. In 2016, Republican state Sen. Norm McAllister was suspended from the Senate after he faced criminal sexual assault charges. Questions were raised about state officials’ cozy relationship with the Jay Peak Resort developers Ariel Quiros and Bill Stenger after federal regulators charged the two men with 52 counts of securities violations last April. The state-run Vermont EB-5 Regional Center was charged with overseeing the projects. Gov. Peter Shumlin, a Democrat, allowed Quiros and Stenger in 2015 to move forward with developments in Newport and East Burke at the same time the state was investigating allegations of fraud. Thirty contractors and more than 800 investors were ensnared in the alleged Ponzi-like scheme. The Vermont Attorney General has refused to release public documents that could shed light on the state’s role in the EB-5 program.

Last year White, D-Windham, objected to the price tag for a commission with a full-time staff and investigators. She also complained that voters never brought the issue up to her — she saw it as a rallying cry of the media.

She also said the initial proposal focused too much on enforcement and too little on educating people on what constituted an ethical violation.

In an interview Wednesday, White said she changed her view about the need for an independent commission as she listened to testimony last year. The bill that passed the Senate last year would have set up a commission with a part-time director who would essentially collect complaints and refer them to another agency, including the Attorney General. There would be no investigations or enforcement powers.

Also, at the 11th hour last year, White’s committee dropped a provision that would have prevented “pay to play” campaign contributions. This year’s bill includes a restriction on gifts to public officials who oversee state contracts.

Paul Burns, the executive director of the Vermont Public Interest Research Group, which supports an ethics commission, recommended putting a minimum of $50,000 on the value of the contracts to avoid having a small contractor face the prohibition.

Burns said government officials that own companies, as Gov. Phil Scott did before he sold his interest in Dubois Construction, should also be precluded from bidding on state contracts. That prohibition was omitted from last year’s bill because it would have been viewed as singling out Scott, who was running for governor.

White on Wednesday reiterated her view that the ethics issue is driven largely by the media and advocacy groups interested in open government. She said few voters brought up the need for an ethics commission. Still, White said a commission and new ethics rules could give the public more confidence about the honesty of public officials.

Last year’s Senate bill included an appropriation of approximately $100,000. This year’s bill is expected to cost the same, White said.

White blamed last year’s delays on the Senate Rules Committee, which struggled to come up with financial disclosure requirements for senators. Some senators objected to providing financial information, but eventually agreed to disclose sources of income of more than $10,000, their place of employment, businesses they own and boards and associations on which they serve. Those forms are due Friday. White said some senators are still grumbling about having to disclose personal information, that “some are not any happier but realize it is what it is.”

All of that same financial and employment information would be required of statewide office seekers and candidates for the Vermont Senate and House.

Some lawmakers, including Sen. Chris Pearson, P/D-Chittenden, questioned the point of listing “investments” as a source of income without disclosing ownership of the individual stocks. Pearson is one of three new members on the five-member Senate Government Operations Committee.

A so-called “revolving door” provision is also part of the bill. Lawmakers would be prohibited from lobbying in Vermont for one year after they leave office. Agency secretaries and department commissioners, plus their deputies, would not be allowed to lobby on issues on which they formerly worked for one year as well.

Several critics panned the commission proposal in testimony on Wednesday, including author Bill Schubart, who has served on government commissions including one that reviewed whether the sales tax should be expanded to include services.

“I don’t think there’s any there there,” Schubart testified about the proposed commission, noting the lack of investigative and enforcement powers. The commission will collect data on complaints and issue a report to the Legislature. Complaints will be referred to the Vermont Attorney General or the state’s Human Resources Department if a complaint involves a state employee.

Schubart supported the committee moving forward but cautioned against passing a token bill believing they were done with the issue.

Schubart said voters feel distrust and a clear ethical canon would be a helpful guide. “I’m mostly troubled by the fact that we believe we are all good, we’re a small state, and all know each other and choose to believe the best in one another and for the most part that’s true, but the reality is we’re not perfect, we make mistakes.”

The EB-5 scandal could have been discovered sooner, Schubart maintained, if investors had an ethics commission to turn to, particularly after state officials failed to adequately look into their complaints. The state might have split promotion and regulation of the EB-5 investment program sooner, he said, and fewer foreign investors might have been hurt.

Catherine Rader of the League of Women Voters said the bill “seems pretty toothless to me” because the commission lacked any enforcement powers.

White agreed last year’s bill was weak but said that the one proposed this year was just a start.

“I know it didn’t have real teeth, but we were trying to be sensitive to budgetary restraints,” and the concern that commission was too targeted on enforcement and not education, White said.

House Speaker Mitzi Johnson on Wednesday said she would support an ethics commission as a way to enhance voter trust, but she raised concerns about cost and effectiveness. “The budget is very tight,” Johnson said.