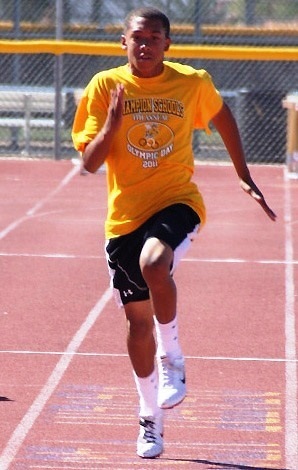 Anthony Marquez was a common target of taunting and teasing by classmates in the third and fourth grade. “That was probably one of the things he struggled with and lacked confidence because of,” his father, Eric, said of his oldest son.

But Anthony, now 18, and his parents soon found his respite at Champion Schools, a charter school in South Phoenix, AZ. There, under equal doses of compassion and the firm but understanding hand of teachers and coaches, Anthony immediately began to recalibrate his life and blossom into the young man he is now, his father said.

Anthony beamed with confidence once he started at the Phoenix-based school, which he attended for two years. “He opened up more,” said Eric, who works in quality assurance. For example, despite his interest in sports, Anthony had no desire to participate in any before entering Champion, where “he played in just about every one,” Eric said of his son. Anthony started at quarterback on the football team both years there. “Champion changed his personality,” Eric added.

Champion Schools jumped from a “C” to its current “A” letter grade after one year in its South Phoenix location, according to the Arizona Department of Education. The school teems with success stories like Anthony’s, explained Carolyn Sawyer, founder and principal of the school. She attributed the school’s positive impact on students to initiatives like fostering a culture of fitness and a healthy lifestyle, including daily workouts, and promoting a sense of commitment and pride.

“We’ve taken all the principles of building a successful team that you might find in college or professional sports…and applied them to our school. We set the stage for student success because they’ve completely bought in to what we do at Champion. This is their world, and a very good alternative to what’s happening in the neighborhood,” Sawyer said.

Considering that neighborhood, local students need the kind of outlets that Champion provides. Beyond the nurturing walls of the campus, 19 assaults, 12 burglaries, six arrests and two thefts were reported within two miles of the school between March 22 and April 4, 2015.

Additionally, just over 20 percent of the population has a bachelor’s degree, while 72 percent stopped attending school after graduating from high school and 8.2 percent are unemployed. Sawyer also said that 96 percent of Champion students live in poverty and qualify for free or reduced lunch, according to Federal Guidelines.

Academically challenged Champion students also receive what Sawyer described as an intensive intervention program. It works like this: six staff members are dedicated to helping struggling students improve their academic performance during a daily “intervention hour,” where they receive extra attention in areas like math or reading. That’s in addition to Saturday School, which students who don’t complete their assignments during the week are required to attend, remarked Sawyer. “You can’t say you only serve kids a portion of a day or week,” Sawyer said.

Champion, which opened in 1999, started as a smaller school with fewer than 200 students. The school operated at its original location for 11 years. Then, with its lease running out, Sawyer said Champion, in need of financing, received partial funding from EB-5 immigrant investors. The EB-5 visa program offers U.S. green cards to foreign investors in exchange for an investment of at least $500,000 and the creation of 10 full-time American jobs. Financing from EB-5 immigrant investors helped the K-8 school relocate and double in size.

Champion settled in South Phoenix, an area more depressed than its previous site, and built a campus on five acres. “We looked at the fact that about 40 percent of our kids were coming from poor neighborhoods because there were few other options and relocated our school there,” Sawyer said.
Location aside, Sawyer said her job is “to prepare (students) for high school. Alumni report they feel comfortable academically when they get to whatever high school they choose. We work with the kids to choose a high school the same way you’d choose a college.”

To that point, Eric Marquez, who resides within two miles of the school, said, “Even today, (Champion has) helped Anthony make the decisions he does, knowing he can do things on his own,” Eric said. Anthony added that he will attend nearby Arizona State University, where he plans to study speech and hearing science and is considering a career in audiology. 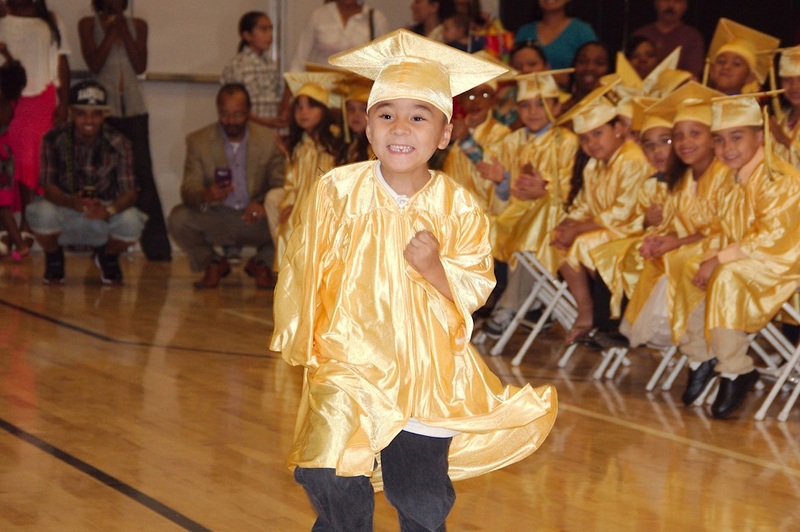 Of course, athletics are only one avenue to help bring out the best in students in the greater Phoenix area. Learning Foundations & Performing Arts Charter Schools, located in the Gilbert and Mesa areas, take a similar approach as Champion, instead using performing arts combined with academics to make a difference in its students’ lives.

“I’ve always felt that students need to have the performing arts in their life in order to grow; become more well-rounded,” said Evelyn Taylor, founder and CEO of the facility, whose district office is based in Gilbert. “I think inspiring kids in the performing arts world inspires them to focus on academics and become great people.”

That can be remarkably important, especially to the school’s more reserved students, said Taylor, who has been creating charter schools since 1995. While shy initially, those students largely emerge from their shells by the time they finish the year, influenced by performing arts. “They become strong individuals. Every time I go to a performance and see these people (on stage), it fills my heart with joy.”

It’s similarly gratifying when former students tell her they wouldn’t be where they are had it not been for the school and its performing arts program, added Taylor.

Anthony Marquez feels the same sense of gratitude toward Champion. “At other schools, I felt like I was going through the motions,” Anthony said. “At Champion, it was about being involved — in athletics or classes. Everyone has high expectations.”