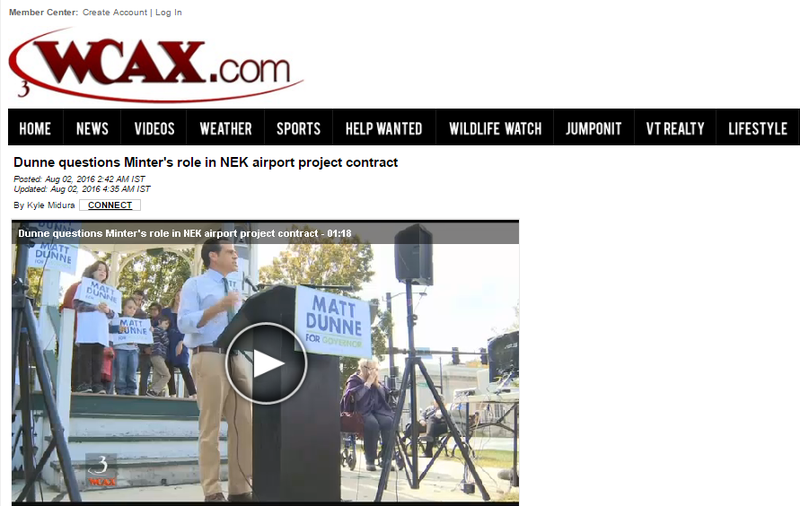 The developer is accused of defrauding foreign investors, but the airport project in question did not involve EB-5 funding like the Jay Peak and Q. Burke projects.

Dunne says the decision deserves scrutiny, while Minter says there's nothing out of the ordinary other than her competition's tactics.

"I believe that it's important that people know the answers to the questions we presented, what was the information that was given before that, and what kind of decision-making process went into actually signing that contract," said Dunne.

"Frankly, I'm disappointed but not surprised that the opponent who has run unsuccessfully, statewide, three times, is resorting to what I consider Washington-style political tactics," said Minter.

Dunne questioned if Minter was aware of questions circling Quiros' credibility within the administration when she signed the contract.

Minter says she did run the deal past others in the Shumlin administration, who gave her the green light given it did not tie into EB-5 issues.

She says the deal is a standard one that benefited the region.