The  best book written in recent years about our immigration system has been Michelle Malkin and John Miano’s very well-researched 2015 publication Sold Out: How High-Tech Billionaires & Bipartisan Beltway Crapweasels Are Screwing America’s Best & Brightest Workers. If you’ve read that book—and even if, like me, you are still unsure what species and genus the crapweasel belongs to—you will know that our immigration system is FUBAR from top to bottom.

Somewhere near the bottom is the EB-5 visa program, described by Malkin and Miano in Chapter Seven of their book. The “EB” stands for “Employment-Based.” The idea of the program is to encourage foreign entrepreneurs to create jobs for Americans by investing in new or troubled businesses here. In return, the entrepreneur—along of course with spouse and children—gets to settle in the U.S.A.

It all sounds reasonable. But, as Malkin and Miano amply document, the EB-5, like every other visa category, is addled with fraud, abuse, and good intentions gone wrong. 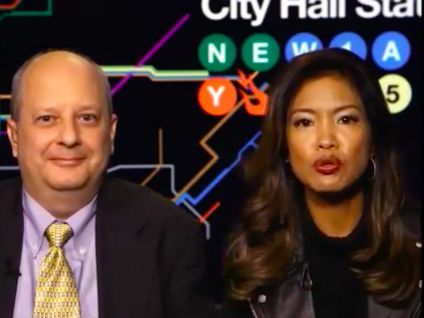 Over to the New York Times—headline: Fraud Charges Mar A Plan To Aid A Struggling Vermont Region [ By Katharine Q. Seelye, May 10, 2016]

The struggling region is in the far north of Vermont, up against the Canadian border. The fraud charges, filed in two complaints by the State of Vermont and the Securities and Exchange Commission, are against a pair of American businessmen who recruited foreign entrepreneurs—hundreds of them—using the EB-5 visa as bait.

“Come in with us,” said these two guys, whose names are Quiros and Stenger, “Come in with us on our project to build a ski resort, hotels, and a biotech research firm. Come in with us and you’ll not only be making a great investment, you’ll get residence in the U.S.A. too!”

Quiros and Stenger made sure to line up political support. They got Peter Shumlin, the notorious immigration-enthusiast Governor of Vermont, on board, and also the state’s two Senators, Patrick Leahy and, yes, Bernie Sanders. They raked in a lot of money: the Times says $350 million dollars. In the little town of Newport up there, a whole block of stores and apartments was demolished for one of these projected developments. Nothing’s been built, though; not one brick laid on another.

Where did the $350 million go? The Times report doesn’t say clearly, although they do say, quote:

Mr. Quiros was accused of siphoning off $50 million for his personal use, which included buying a luxury condominium in Trump Place New York.

How’d you like that?—a Sanders angle and a Trump angle!—not of course that Trump is in any way to blame for this fiasco, though Bernie does seem culpable to some degree.

This is your nation’s immigration system at work, listeners: an ATM for crooks and con artists, a badge of political respectability for grandstanding congressreptiles gushing about our “nation of immigrants” before heading off to another lobster dinner with the likes of Quiros and Stenger, a disaster for us, the American people. 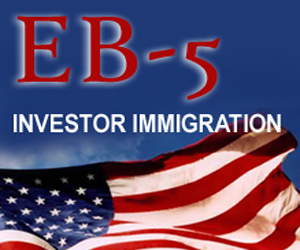 Shut it down, shut the whole thing down. We have all the people we need, there’s no reason for any further settlement. Spouses and dependent children of U.S. citizens; a few individuals of exceptional ability or accomplishment; a few foreigners who’ve put their lives on the line to help the U.S.A.; that’s it, that’s all we should take, a few thousand immigrants a year.

We have no shortage of entrepreneurs, or tech workers, or young people willing to work summer jobs, or any of the other legal-immigration categories.

Shut it all down!