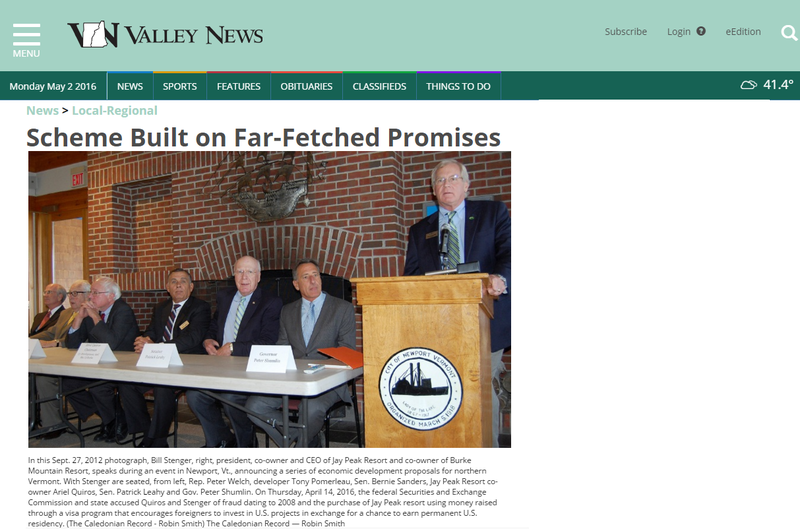 Vermont’s image of being “as pure as the driven snow” helps explain why it took nearly a decade for the state’s EB-5 scandal to come to light, said a longtime critic of the national investment-for-visa program.

“The state has the reputation for being pristine,” said David North, a fellow at the Center for Immigration Studies in Washington. “It wasn’t New Orleans or Chicago, where bad things happen frequently.

For years, North has argued that the EB-5 program lacks government oversight and allows wealthy foreign families to buy their way into the country. (Five years after receiving a “green card,” EB-5 visa holders can seek U.S. citizenship.)

In 2011, North testified before the Senate Judiciary Committee, which at the time was chaired by Sen. Patrick Leahy of Vermont, that the EB-5 program shouldn’t be reauthorized. Sitting next to him in the Senate committee room that day was Bill Stenger, CEO of Jay Peak Resort, who testified on behalf of reauthorization, which Congress later approved.

Stenger and Jay Peak owner Ariel Quiros, of Miami, are now at the center of a Securities and Exchange Commission complaint alleging that foreign investors were duped out of millions of dollars in a “Ponzi-like” scheme.

According to the 81-page SEC complaint, the fraud started in 2008 when Quiros allegedly used $22 million in EB-5 money to acquire Jay Peak.

Over the years, Quiros “systematically looted” more than $50 million from foreign investors, claims the SEC. Under EB-5 rules, foreigners must invest at least $500,000 in development projects that will create jobs in economically depressed areas to get green cards for themselves and family members under age 21. 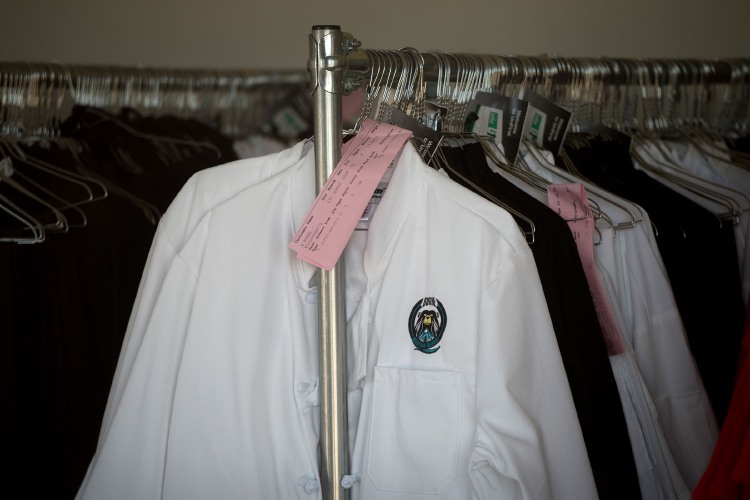 Last week, North wrote on his Center for Immigration Studies blog that one Quiros-Stenger project in particular should have raised concerns long ago.

In 2012, they announced plans for a $120 million biomedical research park in Newport, Vt., that would develop and manufacture artificial organs. The park was expected to create more than 2,000 jobs and $300 million in annual revenue by 2018, according to the SEC complaint.

“These promises, by a pair of entrepreneurs skilled at ski lodges, should have set off a series of red flags for all concerned,” North wrote. “The development of artificial human organs is a long-term activity simply because it is extremely difficult to do and, further, it requires approval from the Food and Drug Administration along the way.

“People in the Department of Homeland Security, in the Vermont state office handling these EB-5 projects, and in the press might well have asked (the) FDA: ‘How’s that proposed artificial kidney research going?’

“But no one asked those questions.”

In fact, state regulators responsible for overseeing EB-5 projects didn’t become suspicious of what Stenger and Quiros were doing until the beginning of 2015, Vermont Public Radio reported. 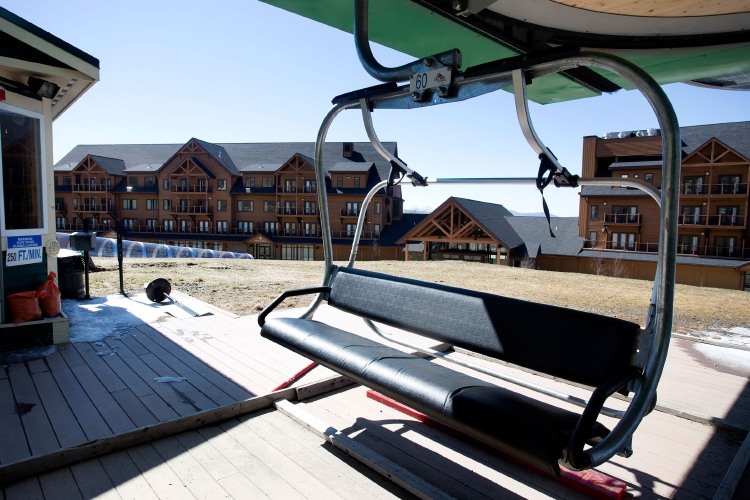 SEC records indicate that its investigation into the alleged wrongdoing began about a year earlier. In May 2014, SEC lawyers conducted a daylong interview with Quiros in Miami.

Quiros and Stenger have both said they did nothing wrong.

The first public inkling that all was not right came last year. Vermont Digger reported that contractors for a $50 million hotel and conference center being built at Burke Mountain weren’t being paid in a timely fashion.

The 115-suite hotel, completed in January, continues to sit idle.

A federal judge in Miami has appointed Florida attorney Michael Goldberg to oversee the Stenger-Quiros EB-5 properties while the federal court case runs its course.

At a news conference last Wednesday at Jay Peak, Goldberg and Gov. Peter Shumlin said it was only a matter of time before the Burke Mountain hotel was open for business. Plans for an indoor tennis facility and aquatic center have been shelved, however.

Later that day, there were promising signs even as the hotel’s doors remained locked. The front desk was equipped with computers, deck chairs were in place on balconies and racks filled with new staff uniforms could be seen from a ground-floor window.

Getting to the bottom of how Quiros and Stenger allegedly misused more than $200 million in EB-5 money for so long without raising suspicions may not be as complicated as it seems, said North.

“They were building ski resorts in Vermont with free money from aliens,” he said. “Nobody was really paying attention.”