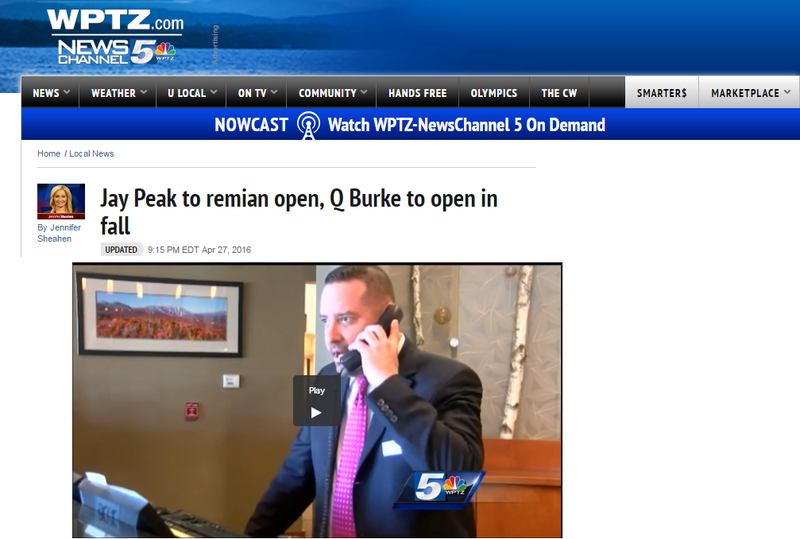 It was a day meant to give many at Jay Peak peace of mind.

It was business as usual for workers at Jay Peak. This after Governor Peter Shumlin and Michael Goldberg, the attorney appointed by the court to oversee the company’s operations assured resort employees there are enough funds to keep the doors open during the off-season.

“There were some funds frozen in Canada that we have to get down here. We have $4.7 immediately available funds that I have authorized and will put immediately into the operating accounts. We additionally have funds in an account a bank had frozen. They have frozen at least $3 million more than they claimed they owed,” said Goldberg.

In addition, Goldberg says some EB-5 investors have told him they’re willing to put more money into the project in order to see its success.

“In the last week I have been contacted by several investor groups for different other projects, Q Burke and Stateside, who actually want to infuse additional funds, in the equity and projects. So jobs can be created and they can get their EV-5 visa,” Goldberg said.

Investor Felipe Vieira says he sold all his assets in Brazil including his house and farm in order to make the move to the U.S.

“I decided to move here when I came for vacation. I was leaving the hotel and my daughter was in the playground playing with snow. I said, 'Hey Carol lets go home,' she said,' you can go home Dad I want to stay here,'” Vieira said.

Vieira is working with Goldberg to ensure a good outcome for his $500,000 investment, but right now the venture has been falling flat.

As for Q Burke resort the Q will be dropped and several potential buyers are looking at the location for a fall opening.