Margolis: We’re All Responsible For The EB-5 Mess

The most honest and incisive comment on the EB-5 mess came from Chris Braithwaite, the former publisher of the Chronicle in Orleans County, where most of the “massive eight-year fraudulent scheme” occurred.

Writing last week in the newspaper he used to own, Braithwaite acknowledged that like two governors, most legislators and almost all the local officials around him, he had believed that Bill Stenger and Ariel Quiros were going to bring prosperity to the Northeast Kingdom.

Now, reading the devastating Securities and Exchange Commission complaint against the two men, Braithwaite had one thought: “How could I have been so dumb?”

Or at least he’s in plenty of company. It wasn’t just Govs. Jim Douglas and Peter Shumlin, Sens. Pat Leahy and Bernie Sanders, Rep. Peter Welch, the legislators and the city leaders of Newport who got taken in by what the SEC described as a “Ponzi-like scheme” that allegedly misused hundreds of millions of dollars invested by foreigners angling for U.S. citizenship.

It was — effectively — everybody, or at least all those everybodies who are anybody. It was the entirety of respectable Vermont: Democrats and Republicans, bankers and businessmen, shop owners and construction workers, academics and editorialists.

So there’s no need for anyone to cast his or her net too far to determine who is responsible.

Meaning, of course, so am I. It is time for you and me to be as upfront as Braithwaite and ask ourselves how we could have been so dumb.

Yes, there were a few Vermonters who never liked the EB-5 program. But their objections were ineffectual, perhaps because the foundation of those objections was aesthetic. The opponents were offended by the idea of letting rich Chinese, Indians, Vietnamese and a few Europeans buy their way into America, especially when so many poor immigrants were being chased out. 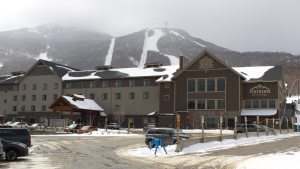 Not an unreasonable sentiment. But nobody opposed what this scheme promised to accomplish: expansion of resorts in Jay and Burke, a new state-of-the-art biomedical center in Newport, plus a new downtown “Renaissance Block” that promised to transform that economically troubled city into an engine of prosperity. What was not to like?

It was only a year or so ago that the talk of the Northeast Kingdom was how it could adjust to all this bounty. Would there be enough classroom space, housing, hospital beds and restaurants to accommodate the hundreds of new workers who would flock in to work in the hotels and factories?

It isn’t that everyone is equally responsible. In fact, a careful reading of the SEC complaint raises the question of whether Stenger was as responsible as Quiros. The complaint does not allege that Stenger siphoned off any of the millions for himself, only that he “facilitated an intricate web of transfers” that ended with Quiros “pilfering tens of millions of dollars of investor money for his own use.”

“I didn’t think anything wrong was going on,” Stenger said.

To accept that would require believing that this experienced businessman was extraordinarily naive. Still, the SEC complaint does raise the question of whether Stenger was rooked at least as much as he was rooking.

Then there is the responsibility of the state and federal public officials. In the end, they did what they were supposed to do. They investigated thoroughly and filed civil complaints. The question is whether they should have acted sooner, and whether they did not because Stenger, Quiros and their companies were making political donations to them.

The answer is no. Not that they shouldn’t have acted sooner. Perhaps they should have. But if they did not it wasn’t because of the campaign money. The biggest beneficiaries were Shumlin, Leahy and the Vermont Democratic Party. The donations to Shumlin and the state Democrats amounted to roughly 1 percent of what they raised and spent, and to a fraction of 1 percent of Leahy’s spending over the 15-year period Stenger et al. were contributing to him.

If they hesitated it is not because they were bought. It was because they bought. Bought into the entire enterprise: the something-for-nothing economic growth (or facade of economic growth) created by catering to people who had more money than they knew what to do with.

This may be corrupt. But it is the corruption of all of us. The temptation to blame public officials for the sins of the people who elect them should be resisted, not because it is unkind, but because it is wrong. Those who succumb to it are themselves corrupt, intellectually if not ethically. It’s the lazy person’s explanation.

Had they not been so taken with the EB-5 idea, respectable Vermonters might have paid more attention to the inherent weakness in how the system determined whether each foreigner’s $500,000 investment created 10 jobs — direct, indirect or induced (don’t ask) — qualifying the investor and his or her immediate family for legal residence in the U.S.

To figure this out, the system hires economists or economic consulting firms. They use models. Useful tools, models, but their outputs depend on the inputs, many of which are more approximate than exact, some of which inevitably are subjective. Because the EB-5 system chooses the economists, and because the system wants projects approved, the economists have what they would call an incentive to find that — by gum — this particular project will create 10 jobs.

It isn’t that the economists are dishonest. But as economists regularly tell us, incentives matter. Sometimes the economists do find that the project will not create those 10 jobs. Those occasions appear to be rare.

This differs rather little from the system by which Vermont — like almost every other state — spends a great deal of money (how much is hard to figure out) — on “economic development.” The state hands out money — usually in the form of tax breaks, but sometimes outright cash grants — to companies on the grounds that they will create a certain number of jobs that would not have been created but for the subsidy.

Figuring out that “but for” is not a simple process. It, too, depends on some inexact inputs. And the state has an incentive to answer the question in the affirmative. Officials want to issue that news release bragging about how many jobs their latest initiative has brought to town.

Is that system corrupt? Are we all?

Not as corrupt, in this case, as Quiros and Stenger, assuming the SEC’s allegations are well-founded. But everybody — or close enough to everybody — bought into the system. How could we have been so dumb?