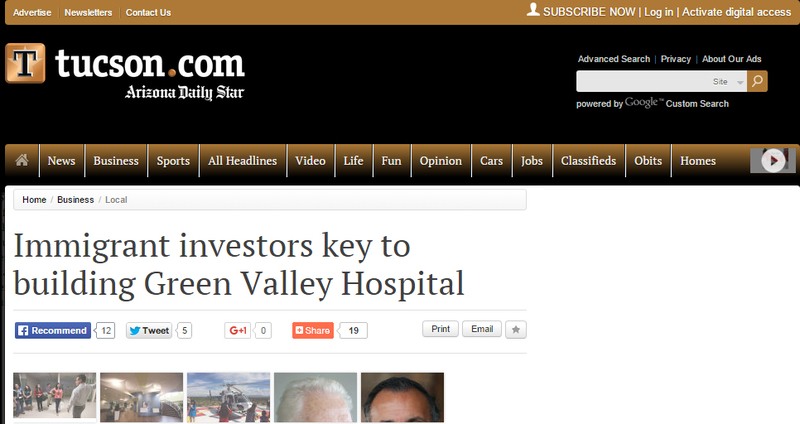 The first U.S. hospital built from the ground up through a foreign-investment program was celebrated Monday by investors from nine countries.

Sparking interest in the new Green Valley Hospital was not a hard sell in Beijing, from where the majority of the investment came, said Kyle Walker, principal with Green Card Fund, which worked to secure financing for the project in China.

“We said, ‘The average age in the community is 71 but there isn’t a hospital within an hour’s drive,’” he said. “The response was, ‘Oh?’”

The Immigrant Investor Program, also known as EB-5, was created by Congress in 1990 to stimulate the U.S. economy. If job-creating requirements are met, investors can receive an expedited green card. 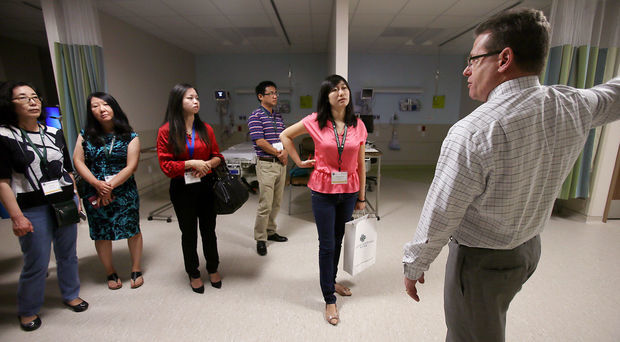 A group of investors from China gets a tour of the Green Valley Hospital on Monday. Most of the money needed to build the facility came from investors in China, who put up $56 million. Many did so under the EB-5 Immigrant Investor Program.

While the big players in the program are real estate brokers seeking cash for hotels and casinos, the Green Valley Hospital offered a noble cause, Walker said.

That’s what interested Xiaojuan Zhou, a native of Beijing who invested $500,000.

“I like that it benefits, not just me, but the local people,” the 26-year-old chemical engineer said. She was finishing her degree at Georgia Tech on a student visa when she got involved with the program and now has her green card.

Under the program rules, Zhou has five years to apply for U.S. citizenship, which she intends to do.

On Monday she toured the hospital for the first time. 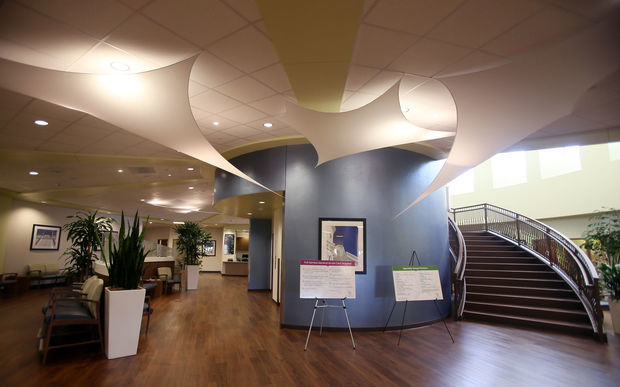 The main entryway inside the new Green Valley Hospital. After four months of operations, there are 252 doctors practicing out of the new facility.

It was a friend in Scottsdale who brought the idea of building a hospital in Green Valley to the attention of developer Jim McDowell in 2007.

Real estate broker Dick Garland’s mother and aunt lived in the area and he often drove down to take them to medical appointments.

“He said to me, ‘Jim, every time I go down there, it’s so frustrating,” McDowell recalled, “We have to drive to Tucson, wait two to three hours, then drive back. It’s a daylong affair.

“I can’t believe no one has built a hospital there.”

McDowell was curious, visited the area and worked up some proposals. Clearly the population was there, as was the need, so McDowell Enterprises bought the land, on the south side of Green Valley along northbound Interstate 19, and initiated architectural and engineering studies. 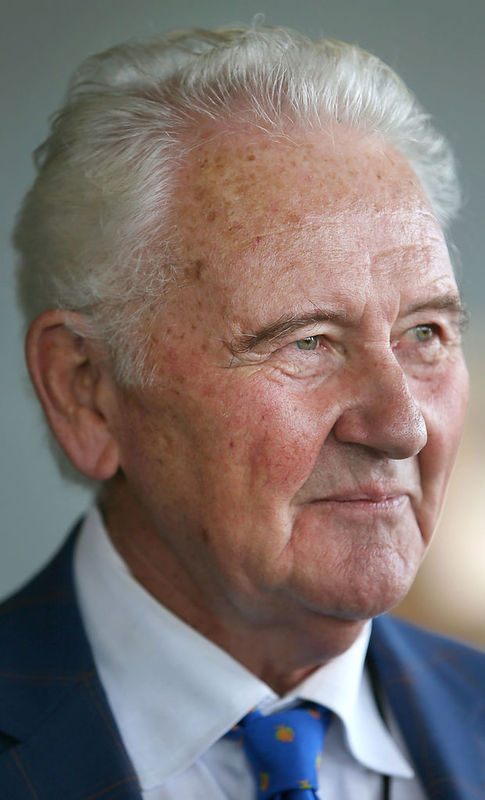 But the financial crash of 2008 meant traditional funding sources were not available, which is how McDowell became versed in the EB-5 program.

Along with partners, he traveled to Beijing to meet potential investors and explain the project.

Investors poured more than $70 million into the new hospital.

A handful of investors are from Canada, Vietnam, Taiwan, Brazil, Nigeria, Russia and the U.S., but the majority of the money — $56 million — came from Chinese investors.

An additional $15 million came from Accesso Group, which raised money from more than a dozen families in Sonora, Mexico, to finish the project.

The Sonora investors did not go through the EB-5 program, said Salim Dahdah, managing partner of Accesso Group. “They were not looking for a green card,” he said. “They were looking to diversify with a real estate investment.”

And many see the hospital as a resource for themselves, Dahdah said. “Sonora residents come here quite a bit,” he said. “They like having a high-quality hospital close.”

The hospital is the anchor to the future health and wellness development. North of the hospital, developers plan to break ground next year on a spa and clubhouse with boutique lodging. 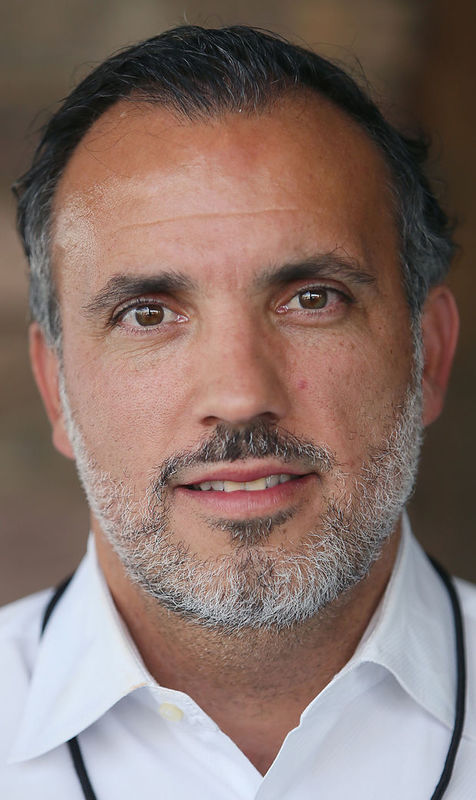 “Today is the day that our community has dreamed of,” David Wanger, CEO of the Green Valley Hospital, said prior to the ribbon-cutting ceremony.

After four months of operations, there are 252 doctors practicing out of the new facility. That number is expected to grow to 350 doctors by next year, Wanger said.

There are 429 employees on the $16 million payroll. More than 70 percent live in Green Valley, Sahuarita, Tubac and Rio Rico.

Pima County Supervisor Ray Carroll, who has been working to get a hospital in Green Valley since 1997, thanked the crowd in English, Chinese and Spanish.

He echoed the lauding of McDowell for the project’s completion.

Asked if he was proud of the project, the mild-mannered McDowell replied, “I am thankful.”

He then turned his attention to the visiting investors and said, “This couldn’t have happened without you.”