A Peek Inside Potala Place Everett

Wednesday afternoon MyEverettNews.com got a look inside Potala Place at 2900 Grand Avenue during the monthly Engage Everett event.

Potala Place is a mixed use development with 220 apartments plus retail space and what the developer calls an “innovative fusion of a traditional farmers market and a retail grocer, deli and restaurant” known as Farms & Market. 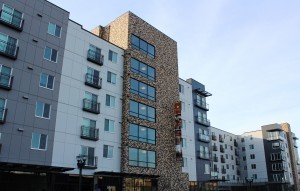 People are moving into the 6-story mixed use development.

There’s a bit of a cloud hanging over the project as the developer, Lobsang Dargey, has been accused by the Security and Exchange Commission of defrauding Chinese investors seeking U.S. residency through the EB-5 Immigrant Investor Pilot Program by investing in his companies.

Dargey has had his assets frozen and while some work has stalled on the project, apartments are being leased and people are moving in. 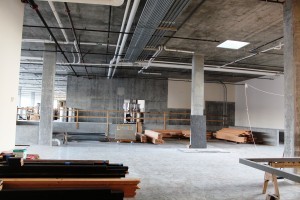 There will be a full size USDA community kitchen.

Of the 220 apartments available, 79 have been leased and 61 of those are occupied. 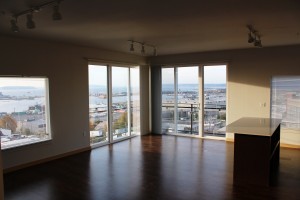 The view from a sixth floor corner apartment.

Other amenities include a rooftop deck with barbecues and dog walking area, an indoor fitness center and a resident lounge.

Secured parking is $75.00 a month and dogs and cats are also welcome with additional deposits and fees. Leases range from six to twelve months. 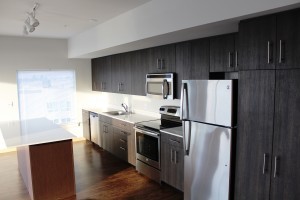 A look at the kitchen in a sixth floor apartment.

The Farms & Market replaces what had been proposed to be an indoor farmer’s market managed by Snohomish County farmers and featuring local products. 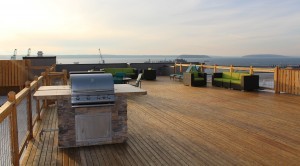 A brief peek at the rooftop deck.

That concept has been refined and has now taken on a broader focus and will feature food from what the chef and manager calls the Cascade Region stretching from Northern California to the Canadian border.

He says it will be an evolving effort, what he called a marathon and not a sprint and will likely take two or three growing seasons to really come together. 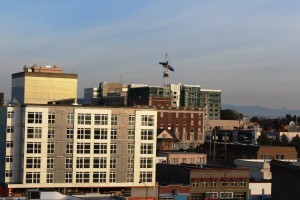 The changing face of downtown Everett including the Aero apartments, the historic Monte Cristo and the new Marriott hotel as seen from the roof of Potala Place.

They hope that part of Potala Place will be open in mid December. Also included is a USDA kitchen that will be available on a fee basis. Other plans include classes, concerts and food and beverage events targeting “foodies”.