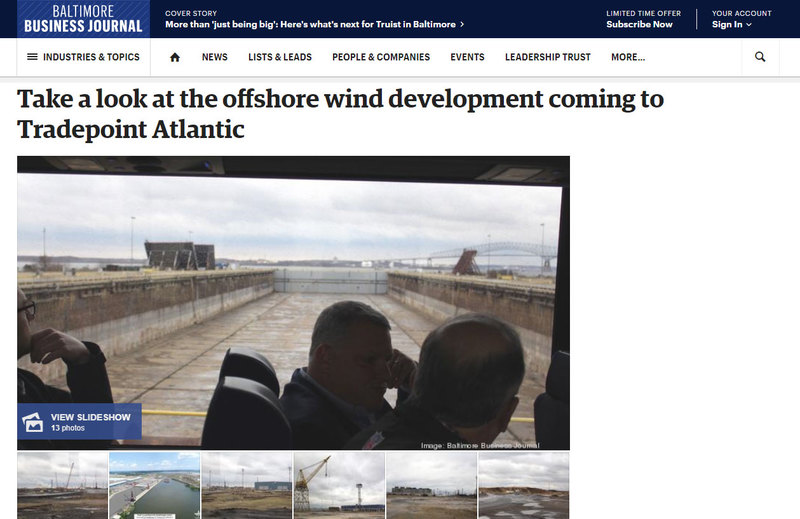 There's, even more, to come with an additional 7 million square feet of development planned for the 3,300-acre industrial site, which to date has seen an influx of more than $1 billion in private investment, Tradepoint officials said Monday.

Developers gave a tour of the completed and ongoing work at the site, in particular highlighting a 50-acre offshore wind staging center in the works. The project, announced in partnership with Orsted U.S. Offshore Wind in July, will be where hundreds of workers receive, assemble and ship out parts used to construct offshore wind turbines in Maryland, and beyond.

On a muddy bus ride through the site, Tradepoint officials showed off work being done to the staging area and highlighted other areas with the potential for future development. They include a graving dock that has commercial use opportunities and a chunk of land that has been looked at as a potential site for an expanded container terminal, should other ports in the region become too full.

Environmental remediation at Tradepoint Atlantic is also ongoing due to its history as a steel mill. Piles of rubble from demolished buildings, vacant warehouses, large cranes and other pieces of the site's industrial past litter much of the property. Interspersed are new warehouses for retailers such as Amazon Inc., Under Armour, Home Depot, Floor & Decor and others, showing the widespread interest in the area. It has been touted in particular for its rail and water access, and position near major highways.