Kolter breaks ground on The Mark 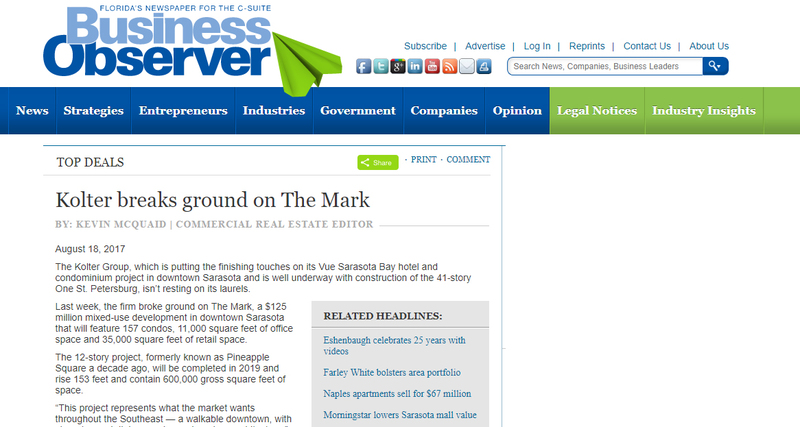 The Kolter Group, which is putting the finishing touches on its Vue Sarasota Bay hotel and condominium project in downtown Sarasota and is well underway with construction of the 41-story One St. Petersburg, isn’t resting on its laurels.

The 12-story project, formerly known as Pineapple Square a decade ago, will be completed in 2019 and rise 153 feet and contain 600,000 gross square feet of space.

“This project represents what the market wants throughout the Southeast — a walkable downtown, with shopping and dining nearby, and modern architecture,” says Bob Vail, president of Kolter Urban, the company division in charge of the Mark.

“We’re confident that we will deliver a product that will exceed your expectations.”