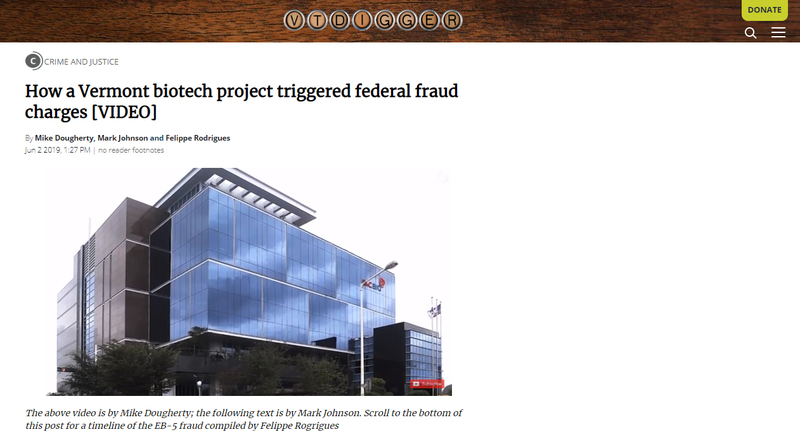 After federal indictments were handed down last week, defendants in the Jay Peak fraud were hauled into court in handcuffs, marking a key milestone in what authorities say was a long-running sophisticated Ponzi scheme—and the biggest fraud in the history of Vermont.

Prosecutors leveled charges against four men, including the two lead developers who promised to bring thousands of jobs to the Northeast Kingdom through a series of projects worth hundreds of millions of dollars — Ariel Quiros, who allegedly masterminded the swindling of hundreds of foreign investors, along with his partner, Bill Stenger.

The federal indictments came down three years after the Securities and Exchange Commission and the state of Vermont filed civil fraud charges against the two developers and reached settlements with both that included fines and forfeiting property.

Last month, VTDigger raised questions about why criminal charges had not yet been filed.

Quiros and Stenger both pleaded not guilty. Quiros has argued that the state had “unclean hands” and his attorneys plan to expose the involvement of government officials as part of his defense. An investor lawsuit also alleges state officials did not do enough to stop the fraud.

Authorities allege the fraud started in 2008 when Quiros bought Jay Peak resort and continued for eight years as he and Stenger sold shares in a series of projects, then allegedly used funds from one investment to pay to complete prior projects. In the meantime, authorities said, Quiros looted $50 million of the roughly $450 million raised for his personal use, including paying off debts and purchasing a New York City condominium used by former Gov. Peter Shumlin.

Quiros, a Miami businessman who bought Jay Peak and later Burke Mountain, has denied the chargesand is expected to argue state officials were aware of what he was doing. Documents reported on by VTDigger show state officials ignored warnings about the projects as far back as 2012.

Stenger, a local businessman, claims he was duped by Quiros despite testimony during the SEC casethat showed he approved many of the financial transactions.

Investors first raised concerns in 2014 when the developers changed the terms of deal involving one of the first projects. The developers said there had been a misunderstanding. Some investors said they felt betrayed.

U.S. Attorney for Vermont Christina Nolan announces the federal criminal charges against the developers of the AnC Vermont project.

A 2016 investigation by VTDigger confirmed investor suspicions that the developers had double sold some of the units in the signature Hotel Jay to two separate groups of investors.

The federal criminal charges filed last week centered on the last of the projects, a proposed $110 million biomedical facility in Newport, ANC Bio Vermont, which the SEC described as nearly a complete fraud in 2016 when it leveled 52 securities charges against Quiros and Stenger.

The Vermont project was a carbon copy of a Korean company, AnC Bio Korea, which was at the center of an investor fraud scheme in South Korea. An investigation by VTDigger found the Seoul-based biotech company was an illusion. While it existed in the country’s business registry, it had no employees, no factory and no administrative office space.

Vermont officials raised questions about the AnC Bio Vermont plan and had investors put money in escrow. Some of those investors complained and demanded their money back.